The recent announcement by Apple that its newest operating system would allow ad blockers has set off a wave of consternation among advertisers and the publishers that live off of those ads. Estimates of how many online folks currently use ad blockers range from 20% to 35%, but that appears to be rising rapidly and with Apple’s announcement the fear is that ad blockers will be downloaded onto most of our phones.

In response, I’ve seen doomsday forecasts about the future of journalism. I’ve seen moralistic pieces trying to shame us into not using ad blockers. Others have bemoaned the “greed” of the producers of those apps. And still others have tried to portray publishers as innocent victims in the war between tech giants (in this case Apple vs. Google).

But the problem here isn’t the morals of the digital reader, nor is it about any unsavoriness amongst the developers. Rather I think it’s a logical outgrowth of a failed industry, advertising. 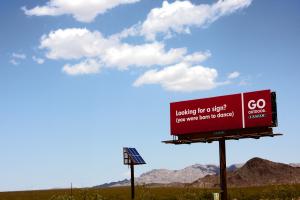 The very premise of advertising was always to get you to see something that you in fact never chose to see. Whether it was ads on the printed page, commercials on television, or billboards on the highway, advertisers sought to thrust themselves into your line of vision when you were hoping to see something else.

That advertising produced what was an assumed audience. Rates were based on the circulation of the newspaper, the viewership of the TV program that an ad interrupted, or the number of people that drove down the highway a billboard sat next too. Advertisers tallied up these numbers and sold their clients on this as an audience. Did anybody notice, read or react to these ads? Who knew?

But the jig was up when all this went online. All of a sudden we had measurement. Initially advertisers and publishers tried to sell their customers on the same sort of assumed audience numbers. They would talk about how many people accessed a page that a display ad appeared on. Then some of the guys paying the bills starting asking the next question. How many people clicked on the display ad? The answer came back pretty quickly. Pretty much no one.

The response of the advertising industry was to take the commercial drivel that online audiences had already rejected as being of no interest and to deliver it in increasingly more intrusive ways. Hence we had the likes of pop-ups and video pre-roll. So what’s happening now is we’re taking something that consumers have already rejected as undesirable and thrusting in the way of something that they are trying to get to. Does that sound like the makings of a successful business?

At the same time the marketing and advertising industry has moved into the espionage business, accumulating all sorts of data about each and every one of us through various means of tracking. The promise is that they will be able to deliver targeted ads to the most appropriate audience. So far they’ve missed the boat here also.

Amazon is one of the leaders in this area, recommending products based upon our past purchases. Here’s an example of what Amazon does for me. A couple years ago I bought a book about a fashion designer as a Christmas present for a relative. So Amazon solicits me to buy more books about fashion designers. But I have no interest in fashion or the designers and I’ll probably never buy another book like that. I guess something was missing in their data.

About six months ago I was in the market to buy a new car. I shopped around a bit online. Ever since I get lots of new car ads. But I already bought a new car and I’m years away from buying another one. Looks like this data has a hole in it too.

The use of data to target ads has grown at the same time as most online advertising has been placed programmatically. What that means is that you don’t buy an ad on a specific page or even a specific site. Instead the “program” identifies appropriate online placement for your ad. I have a hard time imagining that this works since most of what I see is on the order of the miracle pill that enables you to lose 50 pounds in a week. (And I don’t need to lose 50 pounds so they didn’t get that right either.)

In the past few years advertisers have been pretty open about acknowledging how ineffective their traditional tactics have been and have turned to what it now called native advertising. The idea behind native advertising is that it involves content that looks to be “native” to the Web site on which it is published. While both the buyers (advertisers and marketers) and the sellers (media and publishers) of native advertising will expound upon how they are committed to identifying these paid entries as just that, they surely are winking at each other as they say this. Because the effectiveness of this type of advertising is directly related to how well it deceives the reader into thinking that it is in fact native content, that is, non-commercial, journalist-written, editorial content.

Ad blockers won’t eliminate advertising. And they won’t destroy publishing. But they are a pretty good indication that advertisers have to rethink their tactics and some publishers are going to have to look at new ways to meet their payroll.

24 Responses to Advertising: The Big Fail