Dog Rescue in the USA

I have a rescued dog. He’s from Georgia. An organization called Home for Good found him in a shelter there where he likely would have been euthanized. So they packed up his 8-week old butt along with his brothers and sisters and brought him to New Jersey where he became a Christmas present for my son.

Now at age 4, he enjoys a leisurely canine lifestyle. After breakfast he goes to the park to play with his friends. Then, after a full day of sleeping on whatever couch has the most sunshine, he enjoys a dinner of dog food topped with leftovers from the fridge. Just about everybody in my neighborhood has a dog, most of them rescues and all as spoiled as mine.

Dog rescue is usually a two-part process. The first is to get abandoned or abused animals into a shelter. The second is to find a home for these dogs. That is what organizations like Home for Good does.

Animal shelters originally came on the scene as pounds and they date back to colonial times in America. The first pounds were originally focused on rounding up stray livestock that would end up being sold. Dogs weren’t seen as having any market value, so they were usually killed.

The first shelter was opened by the Women’s Society for the Prevention of Cruelty to Animals in Pennsylvania in 1869. Many others followed, including New York City based shelters run by the ASPCA. Most of the shelters that came into being, however, were municipally owned and managed and their goal was to eliminate what was considered a public nuisance. Stray dogs were often assumed to carry disease and were perceived as dangerous. So the goal was to get them off the street, not to find them a home.

It wasn’t until the last quarter of the 20th century that things started to change. Starting in the 1970’s, a time when euthanasia rates for shelter animals were at their highest, privately-owned shelters began to be created. These shelters were usually funded by donations and run by volunteers. And their focus was on animal welfare. The ASPCA estimates there are about 5,000 animal shelters in the U.S. today.

Dogs usually end up in shelters for one of two reasons. They were either abandoned or abused. One of the most common reasons dogs are abandoned is because of restrictive housing policies. Their families move into housing that doesn’t allow pets. Or they may be with families who cannot afford the cost of feeding and caring for them or the cost of medical care that they need. They might get tossed for making too much noise and chewing stuff up. And some are left homeless due to death or divorce.

Others find themselves in a shelter because they’ve been rescued from cruel or abusive treatment. Some may have found themselves in the hands of lowlifes who promoted dog fighting. Or they may have been saved from puppy mills where dogs are kept in cages and bred continuously. Some animals are rescued from situations where owners have hoarded more animals than they can care for.  All in all, close to 4 million dogs enter shelters in the U.S. each year. 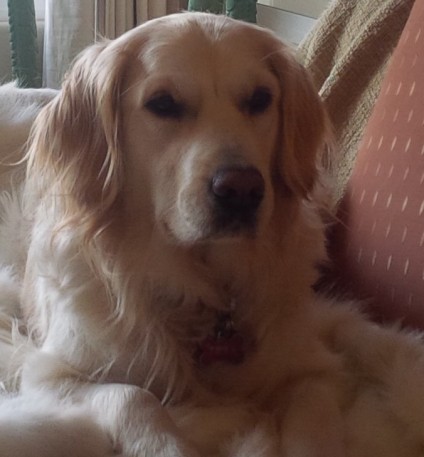 Tess was adopted through the Southern California Golden Retriever Rescue

While animals entering a shelter are no longer targeted for quick euthanization, the clock still starts ticking when they enter many shelters. And if they are not adopted within a certain period of time they are put to sleep. Dog rescue organizations, which have largely come into being in the last 25 years, are focused on getting dogs out of shelters where they might be euthanized and finding homes for them. In addition to volunteers who physically rescue the animals, these organizations often provide foster homes where the dogs can stay until being adopted. A key piece of the rescue operation is the Web site petfinder.com  where upwards of 100,000 rescued dogs and cats are posted for adoption at any given time.

A releatively recent trend is the no-kill shelter. Richard Avenzino, who headed the San Francisco SPCA for 22 years, is often credited as the founder of that movement. In 1984, Avenzino convinced the city to take back the contracts that had gone out to laboratory suppliers for “animal control.” A decade later he introduced the Adoption Pact which guaranteed a good home to any healthy, recoverable dog or cat in the shelter. A year later New York City followed his lead and went “no kill.”

In its 2015 annual report, the Animal Humane Society announced that it had reached its decade-long goal of saving 90 percent of the animals who enter their shelters. They in fact hit 91.2%.

But despite the proliferation of rescue organizations and the increasing commitment of shelters to saving dogs, there are still more than a million that are euthanized every year.

Sometimes I feel a bit silly for not finishing a restaurant meal to make sure I have something to bring home to my dog. And I laugh at the friend who makes scrambled eggs for his rescued dog’s breakfast every day. And there is my neighbor who brings her dog to the park every morning with a pocket full of hot dog pieces. And not just any hot dogs, her rescued mutt apparently prefers the organic uncured variety that she buys at Whole Foods. But then I remember that these guys had a rough start or a turn of bad fortune before we found them.

(The author, Ken Dowell, is a trustee of the Tess McIntyre Foundation  The foundation raises funds to support dog rescuers and to provide health care for dogs who need some medical attention before they can be adopted. You can follow the foundation on Twitter @TessMcIn.)

16 Responses to Dog Rescue in the USA