Yes, it is here – one of the most anticipated holidays of the year, Halloween. Thousands of people around the world are happy to celebrate it, but only a few are aware of its roots and why it is even celebrated at all.  Even the most informed  may not know these six weird facts about the history of Halloween.

The holiday dates back thousands of years to the Samhain festival that ended the crop season. It was believed that during this period, the bond between the living and the dead was becoming thin, and spirits walked on the land to visit their former families. The night of 31 October was connected to the Catholic holiday of All Hallows Eve – the night of honoring the dead. Yes, there are a lot of scary things for Halloween, but they have nothing to do with Satanism.

Though the most massive celebrations take place in the United States, Halloween is originally from Ireland. Yes, Halloween was discovered by Celts, and it was  Irish Celts that invented the Jack-o’-lantern. Then how did it become that popular in North America? Well, it took place in the 19th century when the massive Irish and Scottish immigration started. The immigrants spread the tradition to the masses, and this is how it became that popular. 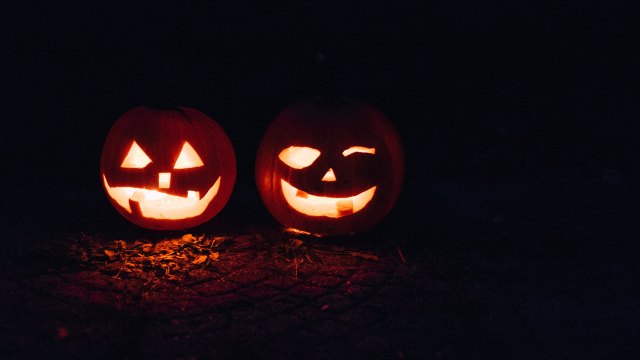 Yes, the first Halloween Jack-o’-lantern was made out of turnips and even beets and potatoes. Where does the tradition of Jack-o’-lantern come from? Well, there is the story about the man named Jack who was unfortunate to play a trick on the devil himself. He was punished by having to walk on the land for eternity. The only thing to guide him was the burning coal in the turnip. The Irish people started carving scary faces in the turnips, beets, and potatoes and placed them on the windowsills to scare Stingy Jack away.

To scare the evil spirits, people in the past  wore animal skins and heads as costumes. You could not visit a website and order the costume that you like, so people had to create costumes with their own hands. The outfit had to look scary so that the ghosts would mistake them for fellow spirits. That is why to avoid being recognized, the people would wear the costumes that would scare even the contemporary person.

In spite of the fact that trick-or-treating is connected to many different traditions, it, in fact, originates from the Celtic one. It evolved from the custom to put out treats and food to appease the spirits roaming the streets (just like putting out a Jack-o’-lantern to scare them). People used to wear the scary costumes impersonating the spirits and go mumming, namely performing short scenes in exchange for the food and drink. Today, children do not really do anything except ask for the treats, but adults cannot but give some candies to them after all.

We never tried, but there is the belief that if you wear your clothes inside out and walk backwards on Halloween, you will see a witch. Another superstition is that you might be followed by the death itself, and if you turn around to look who is following you, it will be your end. Another tradition which seems to us really weird and kind of dangerous is to hold a candle in one hand and a mirror in the other and walk backwards down the stairs. It will allow you to see your future husband. However, these superstitions were created in the past, and no one really believes in them now. But as all the things for Halloween, they create the required atmosphere.

(Sandra Larson is a freelance writer who recently graduated from the Journalism Department of the University of Memphis.)

Like Loading...
This entry was posted in History and tagged Halloween, history, jack o'lantern, trick or treat. Bookmark the permalink.