They came from Korea and from Turkey. From South Carolina and Southern California. One lost an eye. One lost a leg. Another lost most of his coat.

What all these dogs have in common is they have all become happy, healthy animals living in safe, loving homes. And they have one more thing in common. Each benefitted from the donations made to the Tess McIntyre Foundation (TMF) as we used those funds to support their medical needs and recovery.

Working with our partners Home for Good Dog Rescue in Berkeley Heights, N.J., and Southern California Golden Retriever Rescue (SCGRR) in Los Angeles, here are a few of the dogs we have assisted:

Adami was saved from the meat market. Literally. He was rescued from a cage in the back of a butcher shop by a South Korean animal rights activist who got in touch with SCGRR and arranged to get him transported to Los Angeles. Adami had a severe case of heartworm and his treatment lasted for several months. TMF’s donation helped offset some of the cost of Adami’s extensive medical bills. During this time, he stayed with one of SCGRR’s foster families. It’s safe to say he graced their home with his presence, because with his health recovered he was put up for adoption and it was the foster family who decided to take him in permanently.

None had a tougher start in life than Aiden. A mixed breed who was found alone in the woods in southern Georgia, Aiden was starving, suffering from heartworm and mange, and had wounds that suggested physical abuse. TMF made a donation to Home for Good to sponsor Aiden as he was taken to their Aiken. S.C., facility, nursed back to health and socialized with other dogs. A volunteer pilot brought Aiden with a group of other dogs to New Jersey where he was adopted. A short while later his new owners reported that this guy, who had to struggle to survive on his own in Georgia, was the hit of his new neighborhood and that their teenage children’s friends were coming over to play with him regularly.

We don’t know how Carolina ended up as a stray. But at 12-weeks old she was found in Edgefield, S.C., malnourished, with severe mange and with a leg damaged from being hit by a car. Home for Good moved her to the care facility in Aiken, S.C., where she recovered from her mange but her leg had to be amputated. TMF pledged to match $1,000 in donations in order to cover the $2,000 in medical bills for this dog. By the time Home for Good brought her up north, Carolina was an energetic, playful and happy puppy. She was adopted by a New Jersey man as a 1-year anniversary present for his wife.

Darius was four years old when he was found abandoned in Turkey. Blind in both eyes, his right eye was painfully swollen when he was flown to Southern California and turned over to SCGRR. TMF also set up a matching fund to help pay for the surgery to remove Darius’ right eye and relieve the pressure. Following the surgery, he was lovingly cared for by one of SCGRR’s foster families and when fully recovered adopted by a Southern California couple that had previously owned a blind dog and knew what to expect and how to take care of him.

In getting to know these brave dogs we have been amazed at their resilience. Some were abandoned by people they trusted, others were subjected to outright cruelty. But that never stopped them from welcoming their caregivers, their foster families and their new owners into their hearts. Nor did they hesitate to offer companionship and warmth to people who took them in.

In addition to working with these dogs, TMF pitched in to help during hurricane season. We purchased a generator for HFG’s medical care facility in South Carolina and donated to the Red Cross in Houston after the hurricane there.

About 1.4 million dogs are adopted in the U.S. each year. Another 1.2 million are euthanized in shelters. The number that we are able to reach is less than a drop in a bucket. But each one represents a happy, and in some cases an inspiring story, and with the help of our donors, we hope to be able to be a part of more and more stories like these in the future.

The Tess McIntyre Foundation is a 501(c)3 charity located in La Quinta, Calif. The foundation has no employees and we cover all administrative costs ourselves. One hundred percent of the donations we receive go toward helping these animals. Donations can be made at the foundation web site. 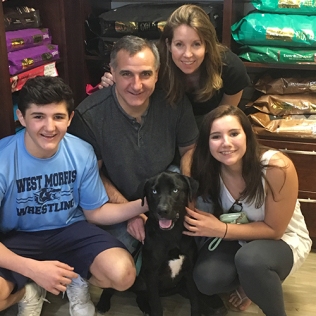 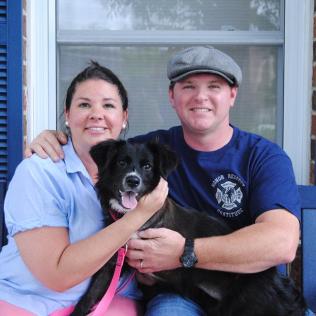 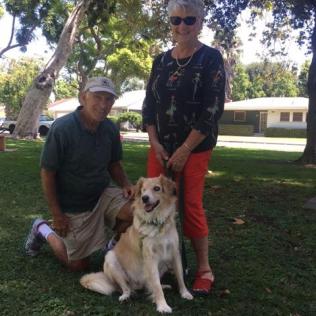 (The author, Ken Dowell, is a trustee of the Tess McIntyre Foundation.)