Guns in America: Where’s the Blaze of Glory?

Few things have had a greater impact on popular culture in America than images of the Wild West. The cowboy, the gunslinger, the frontier lawman, all with six guns hanging from their hips, were the heroes of dime store novels, of the early radio dramas, decades of movies and for many, many years on TV. Wild West shows were among the most popular forms of entertainment in the late 19th and early 20th centuries. We even created children’s theme parks based on our romantic image of the Wild West, most replete with reenactments of the main street gunfight. Most of this stuff was only a touch more realistic than Spongebob Squarepants.

In the classic Western, the good guy and the bad guy face off man-to-man on Main Street. The bad guy reaches for his gun but our cowboy hero is lightning fast and pulls his six-shooter out of its holster and deposits a bullet into his opposite’s forehead. Historians of the Western frontier, however, can only identify a couple times when this really happened. One of those involved one of our famous TV cowboys, Wild Bill Hickok. He shot a former Confederate soldier named Davis Tutt in a duel after Tutt confiscated Hickok’s watch to pay off a gambling debt. Eleven years later Hickok died after being shot in the back of the head while playing poker. That incident was much more representative of gun violence on the Western frontier than the romanticized notion of the gunfight as a pre-planned duel.

The word gunslinger itself was never used in the old West, but rather was an invention of printed and filmed fiction. The first recorded use of the term was in a movie called ‘Drag Harlan’ that was released in 1920. It came into popular use later in the decade with Zane Grey’s Western novels. 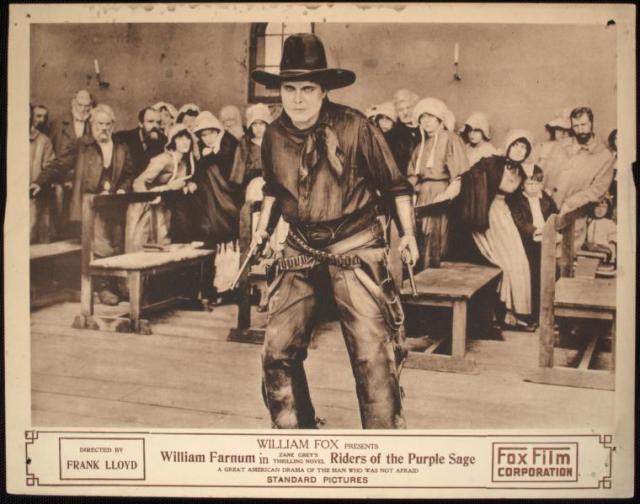 There is in fact some question as to how wild the Wild West really was. According to the Criminal Justice Research Center of Ohio State University, in Dodge City Kansas, a popular gunslinger hangout in literature, TV and film, 0.165 percent of the population was murdered each year from 1876 to 1885.  Other sources site the highest number of murders on record in one town as five in one year (Tombstone 1891). Those numbers probably compare pretty favorably with many current day American cities.

You may be surprised to find out that gun control was an issue in the West in the 19th century. In fact there were stricter gun control laws 150 years ago than there are today, at least in Republican controlled states. Old west cities such as Tombstone, Deadwood, Dodge City and Abilene all had laws requiring folks to disarm upon entering town by leaving their guns at designated locations. And those gun control rules seemed to work. Writing in Smithsonian Magazine , UCLA law professor Adam Winkler says, “Most established towns that restricted weapons had few, if any, killings in a given year.” 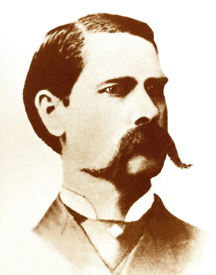 In the century and a half since this era on the Western frontier, we have portrayed as heroes some pretty dubious men. Wyatt Earp, for example, the subject of a TV series that had a six year run starting in 1955 and a movie in 1994, is portrayed as a lawman fighting crime in Dodge City and Tombstone. The real Wyatt Earp was a somewhat less appealing character. His career included opening a brothel in Wichita, a lifetime of gambling and some gold rush saloons. He raced horses and at one time refereed boxing matches, a pursuit that some say ended when he fixed a high-profile fight.

Earp is known as one of the good guys in the gunfight at the OK Coral, along with his buddy Doc Holiday. Holiday was a virulent racist. At one time he fired his gun at a group of black boys who he found at a swimming hole that he wanted to use. During his time in Dallas in the 1870’s Holiday was indicted for illegal gambling and arrested for trading gunfire with a saloon keeper.

There is no better example of America’s love affair with guns than the glorification of individuals like this and the misguided romanticization of gun violence on the Western frontier. We created a gunfighting narrative about fair and square, man against man, good vs. evil. None of it reflects the reality of the time.

Today the narrative of gun advocates is about the upstanding citizen ensuring the safety of his home and family by exercising his constitutional right to own a gun. But the reality of gun violence in America is about the ready availability of  guns, putting them in the hands of psychopaths, criminals, extremists and domestic abusers.

Other Guns in America posts

Who Fired the First Shot?

The Americanization of the Duel

Prominent Americans Shooting Each Other Up

‘Well Regulated’ Militias and the Right to Bear Arms

12 Responses to Guns in America: Where’s the Blaze of Glory?