Growing Up in the 50’s: The American Legion

But in the 50’s one organization held my father’s highest priority, the American Legion. The Legion is an organization for veterans of foreign wars (there is a different organization. VFW, with exactly that name). 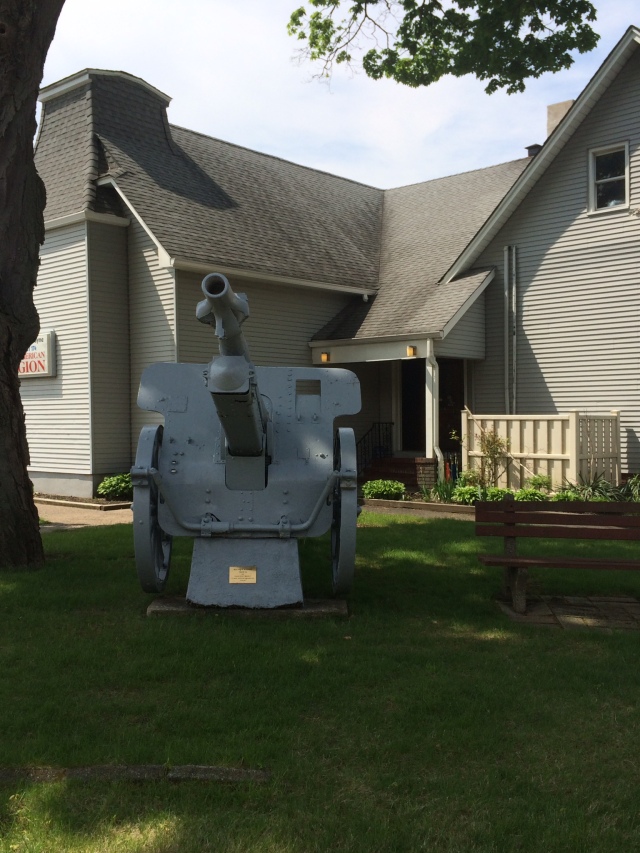 The American Legion describes itself as a “patriotic veterans organization devoted to mutual helpfulness.” It sponsors youth programs like the baseball leagues that you graduate to after little league and Boys Nation, which used to be called Boys State, the avowed purpose of which is to teach “rights, privileges and responsibilities of franchised citizens.” I once interviewed for Boys State but suspect I was rather quickly excluded from consideration for slouching in my chair.

But from my immature perspective living with my dad in the 50’s, the American Legion was a bar. It was an exclusive club, the primary benefit of which was cheap beer.

We were a working class family. My dad wasn’t going to be sipping martinis at the country club. But he could be sitting at the Legion hall with a cheap can of Rheingold or Schaefer, and not everyone could do that.

To be a member of the Legion you had to have served overseas during a war. But not just any war. It has to be an official, sanctioned, declared war like, in my father’s case, World War II. I found this out when my father recruited my uncle (I think he was an uncle although bloodlines on my mother’s side of the family were often difficult to ascertain). After all the papers were filled out and my dad came to collect the membership application he spotted a problem. Apparently my uncle did not qualify for cheap beer because he had fought in the Korean War. So if you were part of the military force that invaded some smaller country that we never officially pronounced ourselves as being at war with, that wasn’t good enough to join the Legion. I’m sure that at some later point in time the survival of the organization dictated that if you got shot at in Korea, Vietnam, Iraq or Afghanistan that was good enough even though you might not have been playing by the Marquis of Queensbury rules.

I don’t want to create the impression that my father abandoned the family in favor of draining cans of beer at the Legion Hall. In fact he tried to make Legion membership a full family affair. Unfortunately neither my mother nor I seemed capable of generating enough enthusiasm to really make this work.

For my mother there was the Legion’s Ladies Auxiliary. I’m not that up on what exactly they did but I seem to remember them participating in some type of regimented ritual at the wakes of members or members’ family. My dad served a one-year term as commander of the local post which made my mother the First Lady of the Anthony Wayne American Legion Post. I do not recall her ever mentioning that to anyone. (Anthony Wayne by the way, aka Mad Anthony Wayne, made a name for himself by killing massive numbers of Native Americans.)

For me there was the fledgling drum and bugle corps. My Dad brought me out to the Legion Hall parking lot where the guy who was organizing this handed me a French horn and taught me about three notes over a period of a few weeks. During my short time with the corps we did participate in one parade. We marched but didn’t play because we weren’t ready. Not sure we ever did get ready and if “we” did I was no longer around.

Like Loading...
This entry was posted in Growing Up in the 50s and tagged 50's, American Legion. Bookmark the permalink.