As numerous comedians have pointed out, in New Jersey we often refer to where we live by our exit number (I’m 151). The Garden State Parkway runs the length of the state and if you hit Exit 0, you are as far south as you can go. At the southern tip of the state is Cape May, a town of less than 4,000, which on a summer weekend may be home to as many as 40,000. 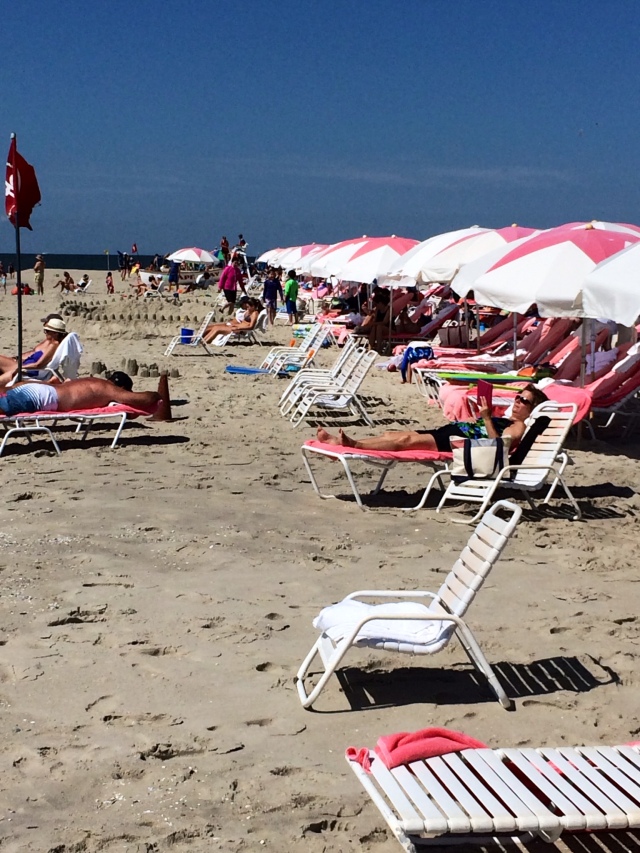 Cape May is generally considered the country’s oldest seaside resort. Visitors, mostly from Philadelphia, began arriving there in horse-drawn wagons in the 1760’s. They came in larger numbers by the 19th century as two railroads began serving the Cape.

The heyday of Cape May as a resort was in the mid-1800’s. It attracted visitors from the northeast corridor between New York and Washington and its reputation was enhanced by visits from prominent Washingtonians. A parade of presidents including Lincoln, Grant, Arthur, Buchanan and Hayes all spent some time there.

In 1878, a five day long fire destroyed 30 blocks of Cape May including the large beachfront hotels which were the primary destinations of 19th century beachgoers. As the town was rebuilt, these large-scale resorts were often replaced by smaller inns and cottages. Built in the style of that time, this reconstruction is what gave Cape May its reknowned Victorian character. 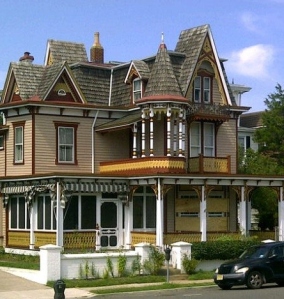 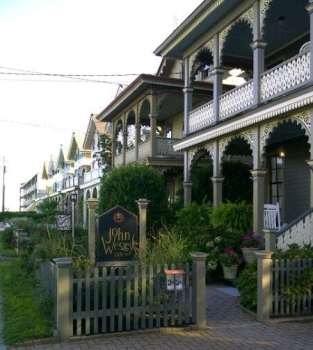 At the beginning of the 20th century Cape May was eclipsed by Atlantic City as the playground of the rich and famous. What evolved was a greener and quainter beach town. A resort with an historic look and a small-town feel.  In the 70’s it was named a National Historic Landmark City, the only whole city to have been designated as such.

In two years Congress Hall will celebrate its 200th anniversary. Built in 1816 it was originally called Big House by its proprietor Thomas H. Hughes. The locals thought it was too big to succeed and called it “Tommy’s Folly,” a name that currently adorns the hotel’s coffee and gift shop. Hughes later was elected to the House of Representatives in 1828 and it was then that he re-christened the hotel Congress Hall. Presidents Buchanan and Grant stayed there and during the administrative of Benjamin Harrison it was known as the Summer White House.

Like the other 19th century beachfront hotels, Congress Hall was destroyed in the 1878 fire. It was replaced by a brick structure that reopened in 1879.

The hotel had its ups and downs in the 20th century. Plumbing was installed in the 1920’s but it was closed during the Great Depression and fell into disrepair later in the century. New owners embarked on an extensive renovation that was completed in 2002 and it is once again a truly grand destination. 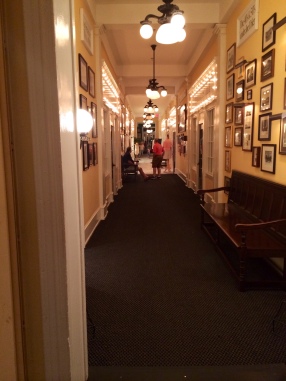 The Cape May Lighthouse 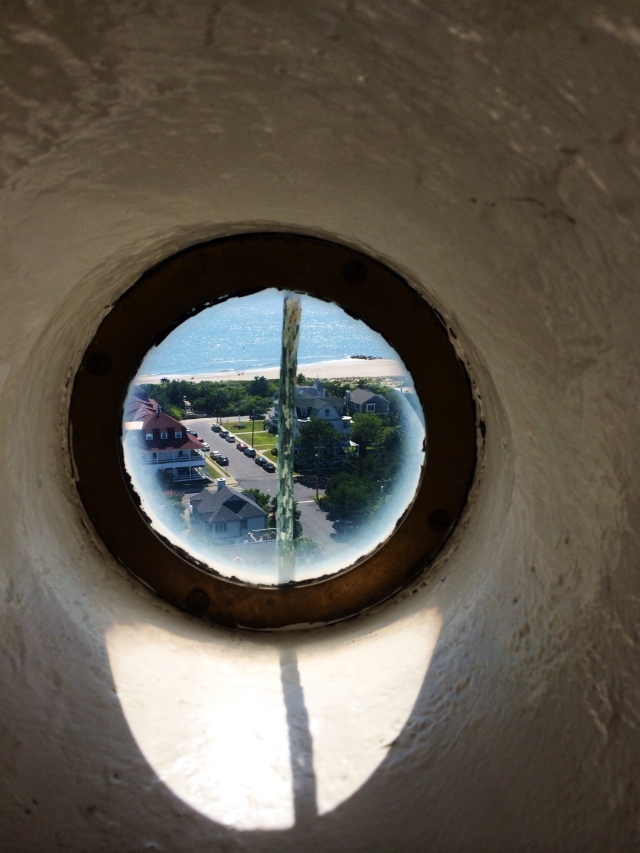 View from a porthole inside Cape May Lighthouse

This is the third lighthouse to be built at Cape May Point. The first in 1823 was sucked up by beach erosion. A replacement was built in 1847, but not very well, and it crumbled. The current structure, built in 1859, is solid as a rock and its beacon is still used as a navigational aid. 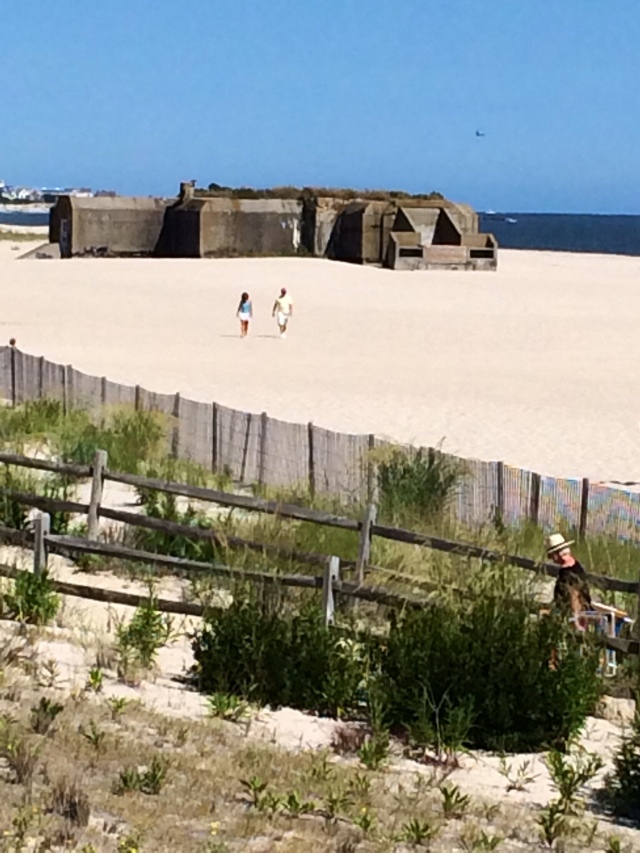