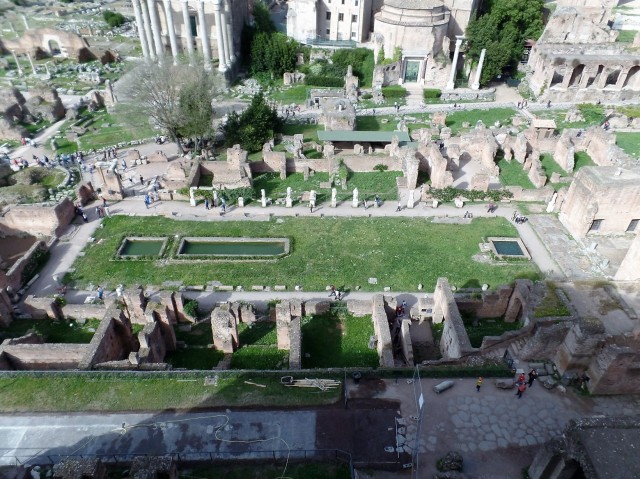 Foro Romano. The center of public life in ancient Rome. 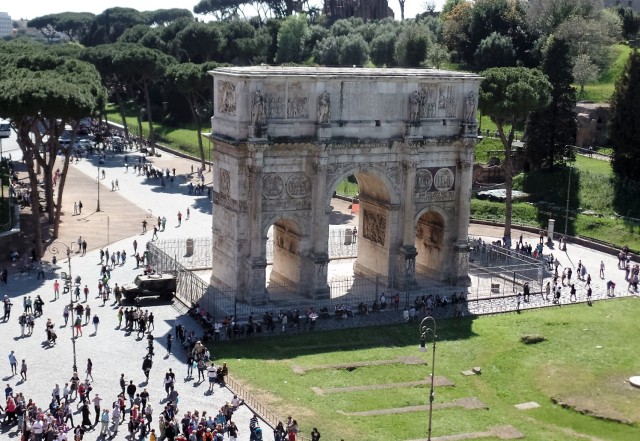 Arco di Constantino. Built in 315 to commemorate a military victory by Constantine I

Foro di Augusto. Dedicated in 2 BC this temple was built by the Emperor Augustus to honor Mars, the Roman God of War. Generals heading off to battle would start from here. 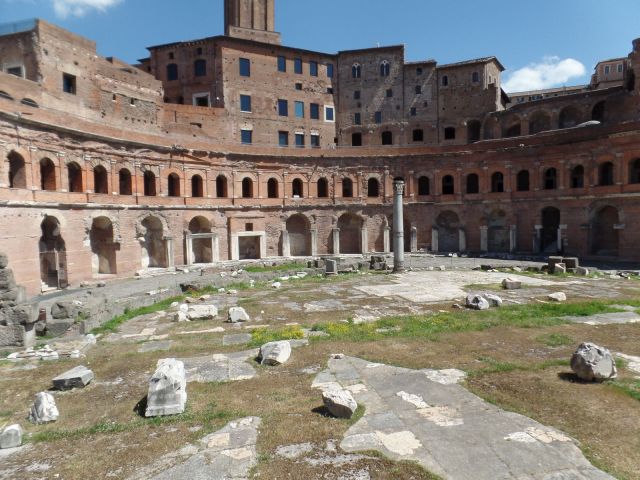 Right next door is the Foro di Traiano built in 113 and enhanced with materials plundered after Emperor Trajan’s conquest of Dacia. 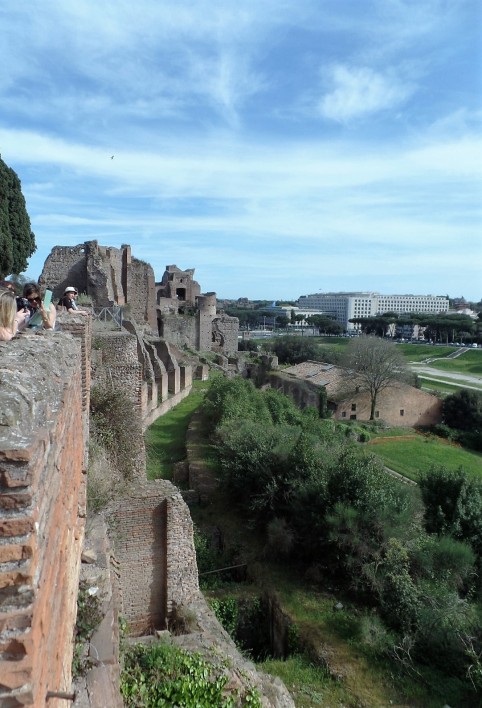 This is all that’s left of Circus Maximus the site of Ancient Rome’s chariot races. The green area on the right is where the racetrack once stood. 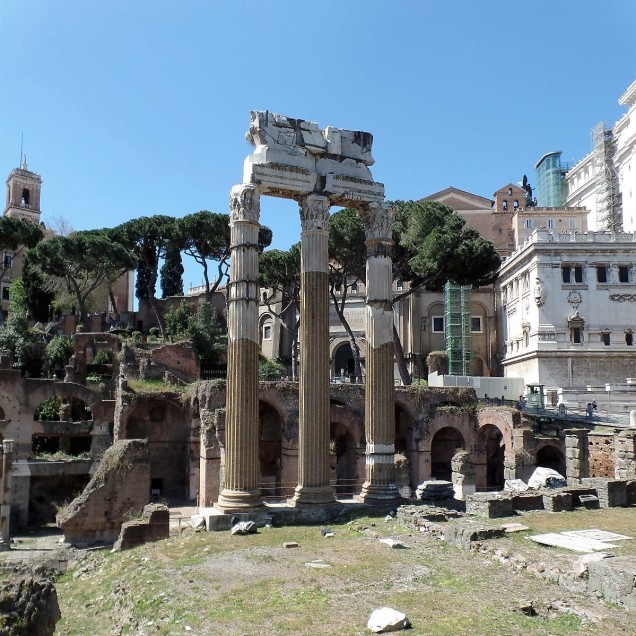 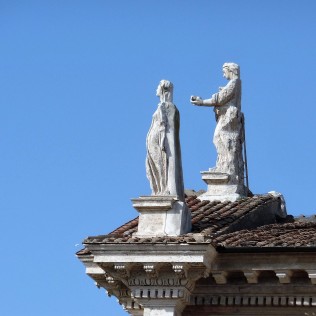 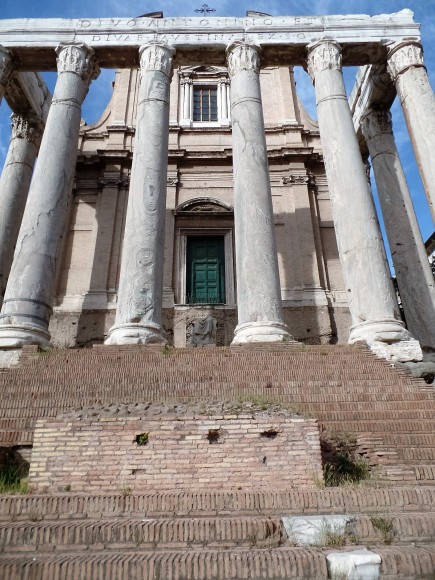 Temple of Antoninus and Faustina. Built in 141 by the Emperor Antoninus Pius in honor of his deceased wife Faustina. 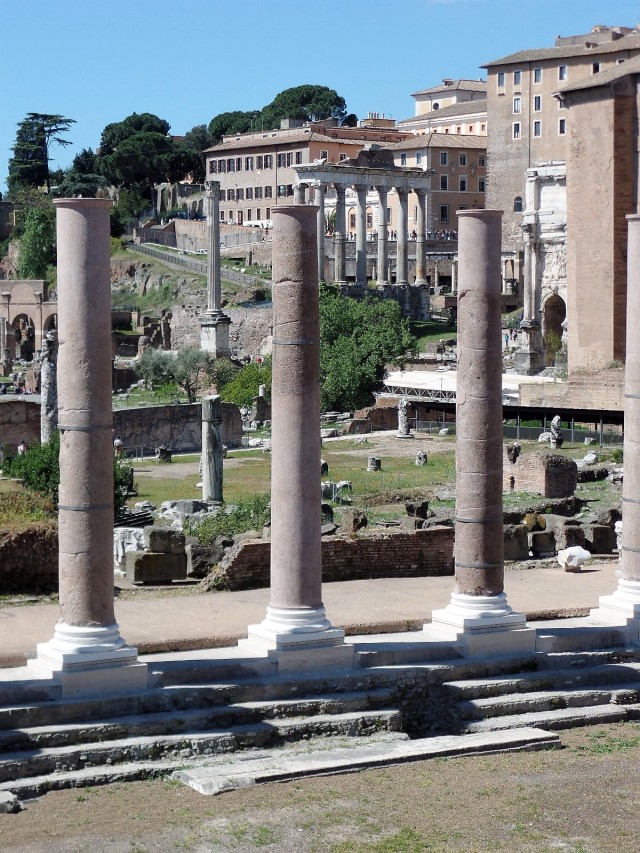 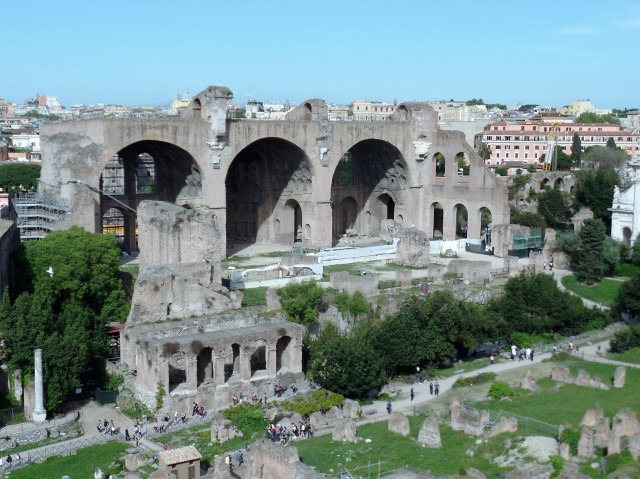 30 Responses to Rome: Magnificence in Ruin