Maybe We Don’t Want Our Cities to Be Smart

The promise of the smart city is one that runs more efficiently, more cost effectively and more sustainably. But that all comes with a cost and it is a cost that may be over and above the dollars spent. It’s for that reason that some have questioned whether or not the smart city would actually be a place where we would want to live. 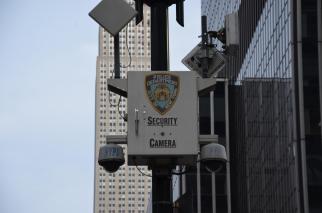 While the internet of things may offer a vision of a tech-fueled utopia to some, to others it suggests an omnipresent Big Brother that goes far beyond anything envisioned by Orwell. We all have seen how easily and thoroughly we are tracked online. Imagine when that tracking occurs in public places and in our homes because sensors are everywhere, sensors that record video and sounds not just info we choose to input. At minimum that suggests a virtual bombardment of so-called personalized marketing pretty much everywhere we go.

But there may also be some less benign ramifications. The internet of things, and hence the smart city, runs on wireless technology. The security vulnerabilities of wireless technology have been repeatedly demonstrated. Friendly hackers have shown how they could take control of a connected vehicle’s brakes, steering and acceleration. They even have a name for a terrorist attack of hackers that would, for example, disable the brakes on all connected vehicles in a given area. It’s called a “zero day” attack. And there’s no reason to assume that the sensors that might manage a water and sewer plant, a nuclear power stations or a medical device are any less vulnerable.

Technology has already begun to be adopted as a way to improve police effectiveness. “Shotspotter” identifies the location of gunfire. Predictive analytics are being used to determine deployment of policing manpower and a cell phone tracking technology called “Stingray” is used to predict crimes. A civil rights group in Baltimore recently filed a complaint with the FCC about the use of Stingray in a racially discriminatory manner. Do the analytics lead to the appearance of racial or ethnic profiling. One can argue that the data is the data, but the perception alone could lead to the kind of social disruption that we’ve experienced as the result of discriminatory policing.

Aside from the hackers, terrorists and rogue law enforcers, we would also have to be comfortable with turning over certain areas of governance to private concerns, since cities do not, and are not likely to get, to level of expertise and resource necessary to implement a smart city operating system. What happens when the board of your town’s technology provider decides that their first priority is their shareholders? That is the same thing that happens in many corporations now. We get lower quality product, diminished customer service and higher prices (think banks or airlines), all in the name of enhancing shareholder value by increasing profits. The Chicago Tribune warned “it’s wise to remember that the driving force behind smart city endeavors should be the civic benefit they provide — not the profits they create for the Ciscos and IBMs that get billions from smart city contracts.” Writing in the Guardian Stephen Poole asks “And what role will the citizen play? That of unpaid data-clerk, voluntarily contributing information to an urban database that is monetised by private companies?” That’s a little like what we all do on Facebook now.

A few weeks ago, one of the world’s largest airlines, Delta, was brought to its knees and shutdown by a system outage. What happens if Chicago or Milan or Beijing is being run on a single operating system. Will it be immune to crashes?

And finally, there is the question of what the smart city does to the social and economic inequality which already plagues so many of our systems. If all city services and citizen information is online, what does that mean for the unconnected? According to the New York Times, one out of every five Americans does not have internet access. In households with income of less than $20,000, half have no access. Many of those folks live in cities and putting our cities online creates an even more disadvantaged class, one without equal access to education or job opportunities.

In her article The Too Smart City in the Boston Globe, Courtney Humphries suggests that as opposed to the high tech vision of the smart city, “…there’s an equally compelling vision of the city as a chaotic and dynamic whirl of activity, an emergent system, an urban jungle at once hostile and full of possibility—a place to lose oneself.”