Being what many would consider the leaders of the capitalist world, Americans have always celebrated the accumulation of wealth, whether it was the robber barons of the 19th century or the tech entrepreneurs of Silicon Valley. Some have made their name and their fortunes by living outside the law, not to mention the norms of polite society.

Prohibition brought forward a whole host of criminals who became part of the folklore of the times: George Remus and Al Capone and Lucky Luciano. But there were a host of others who came from all walks of life and who straddled the line between felon and successful entrepreneur. Some were clearly in violation of the ban on selling, transporting and making alcohol, others violated merely the spirit of the law.

Here are some of their stories: 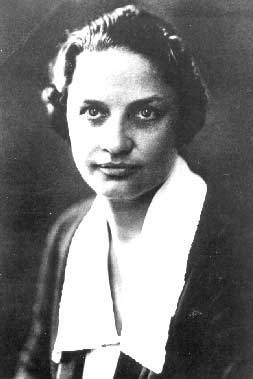 Marie Waite was by all accounts a beautiful woman. With mixed Swedish and Mexican heritage, she was six feet tall with black hair and blue eyes. And to top it off she had a ton of money. But she was, in the words of Rum War at Sea author Malcolm Willoughby “a fickle and dangerous person, with morals as free as the four winds.” Many a man was attracted to her charms. And some are believed to have gone from her bedroom to the bottom of the Florida Straits encased in concrete.

Marie took over her husband’s rumrunning business after Charlie Waite was killed in a shootout with the Coast Guard. She set up shop in Havana and through a combination of bribery and ruthlessness became a leading supplier for Florida’s east coast from West Palm to the Keys. One of her tactics was to send an armada of four boats toward Florida. Three were packed with liquor, one with guns. If they were intercepted by the Coast Guard, the gun boat would hold them at bay while the floating liquor stores sped away. She also set up radio communications on her boats. Coded advisories, consisting of common Spanish words, were sent out from a pirate radio station in the Keys.

The Coast Guard eventually caught up to Spanish Marie. She was arrested in 1928 while overseeing the unloading of more than 5,000 bottles of liquor at Coconut Grove. When brought before a judge, she pleaded to be allowed to return to her two young children. He set a relatively low bail of $500 which was posted. And that was the last anyone saw of Spanish Marie. But her legacy lives on. There is a Spanish Marie Brewing Company in Miami and in Key West, Chef Distilled offers a bottle of Bad Bitch Rum with Spanish Marie’s photo on the label.

Bill McCoy was the son of a New York state mason of the same name who had fought in the Civil War. The family moved to Florida when he was in his 20’s and he and his brother started a motorboat service. He also built luxury boats for customers like Andrew Carnegie and the Vanderbilts. By the 1920’s, new highways and new vehicles made the McCoys’ boat transport business obsolete but by then it was Prohibition and another opportunity opened up.

McCoy bought a schooner, registered it as a British vessel, and began bringing rye, Irish and Canadian whiskey from the Bahamas to New Jersey. When things got hot along  coast, McCoy would anchor his boat three miles offshore in international waters and sell to smaller boats that would head out for a liquor shopping expedition.  Eventually the Coast Guard caught up to McCoy, boarding his ship the Tomoka after a chase and hauling him in.

McCoy saw little wrong with what he was doing. He was not a drinker, but he was not a fan of Prohibition either. He was proud of his reputation for selling high quality, undiluted liquor. He is credited with inventing the “burlock” a burlap sack for carrying six bottles of liquor stacked pyramid style. After his capture he pleaded guilty, did a nine-month term in a New Jersey prison, then headed back to Florida. You can still come across the McCoy name in liquor stores where you may be able to find “The Real McCoy Rum.” 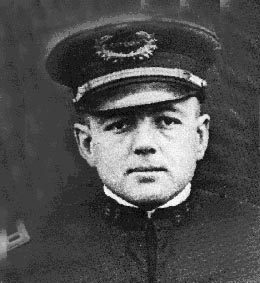 Roy Olmstead was born on a farm in Nebraska. He moved to Seattle when he was 18 and got a job working the shipyards. Olmstead later joined the Seattle Police Department and rose rapidly through the ranks until he became a lieutenant in 1919. Washington State had prohibition laws starting in 1916, before the national constitutional amendment. So one of his jobs was to stake out folks running liquor down from Canada, something that gave him an idea for a more lucrative occupation than police work.

Olmstead started bootlegging while still on the force. In 1920 he got caught in a roadblock set up by federal agents. He was fired from the police force and fined $500. Now he had the time to make some real money. He would eventually make more money in one week of bootlegging than he did in 20 years of police work. Olmstead became known as the “the King of Puget Sound Bootleggers.” He became a significant employer in the Seattle area, where most did not consider him a criminal. At the height of his operation he was bringing 200 cases of Canadian liquor into Seattle per day.

Olmstead and his wife Elise started a radio station KFQX. One of its most popular programs was “Aunt Vivian” which consisted of Mrs. Olmstead reading bedtimes stories to children. But the station and the stories went off the air when the Olmstead residence was raided and Roy was arrested.

Olmstead appealed his conviction for conspiracy to violate the National Prohibition Act based on the fact that evidence was gathered from a wiretap that was set up without a warrant. His appeal went all the way to the Supreme Court which ruled in favor of the prosecution. But the dissenting opinion, by Louis Brandeis, eventually would become the basis for anti-wiretapping laws. Olmstead did a four year jail term after which he returned to Seattle and became a fumigator and insecticide salesman. In 1935 he received a full Presidential  from FDR. 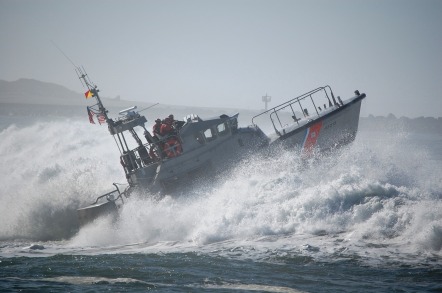 Jimmy McGhee had nothing to do with moving or selling liquor, but he made a significant contribution to rumrunners as the maker of a boat that the Coast Guard simply couldn’t keep pace with. McGhee was a self-taught mechanic in Manorville, N.Y., and during Prohibition he figured out how to attach engines from World War I fighter planes to speedboats to produce a boat that could hit up to 65 mph. Coast Guard boats couldn’t. McGhee’s boats were used by the bootleggers who would go out to meet the larger boats anchored in international waters, fill up with liquor, then speed back to the Hamptons area outpacing the Coast Guard.

McGhee never did anything illegal and never took a cut of the money from the bootlegging his boats enabled. With the end of Prohibition, McGhee continued his mechanical work. He was involved for awhile with race cars and he was brought on as an adviser to a company that made fighter places during World War II.

The coming onset of Prohibition sent shock waves through the Napa Valley. But there was one winemaker who didn’t seem that concerned. Turns our Georges de Latour of Beaulieu Vineyard was buddies with the archbishop of San Francisco and with sacramental wine still being legal during Prohibition, his business was set to boom. 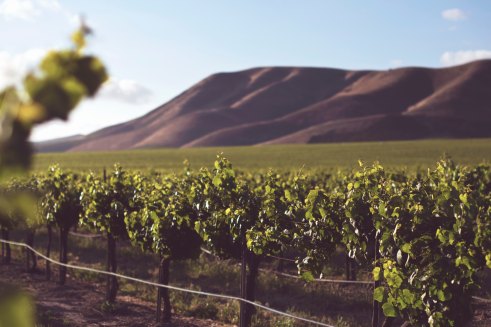 De Latour founded Beaulieu in 1900 when he purchased four acres of land near Rutherford, Calif. He made a name for himself by importing rootstock from France which was resistant to Pylloxera, a disease that was plaguing other California vineyards. During Prohibition, through his connection with the archbishop, he sold wine to all of the priests in the district. And some of those priests were buying at bootlegger volume. De Latour’s sales increased four times. He frequently hosted priests from all over the country at Beaulieu. A couple years into Prohibition he had distribution outlets in seven midwestern and eastern cities. Last Call author Daniel Okrent notes: “Beaulieu’s wines were put into circulation beyond the alter by the irreversible physics of the era, that form of gravity that deposited potable alcohol in the cupboards of people whose need was not particularly spiritual.”

By the time of repeal, de Latour had some of the best and oldest vineyards in the state. He brought over world class winemakers from France and produced some of the best wines to come out of Napa Valley. Beaulieu still exists, although like most of the liquor industry it went through multiple owners during the late 20th century corporate consolidation. It was purchased by Heublein, which was then acquired by Nabisco, which sold it to Grand Metropolitan, which merged with Guinness and became Diageo. Most recently, Diageo sold Beaulieu to Treasury Wine Estates in 2016.