Is the Hawaiian Pineapple an Endangered Species?

For many of us, one of the first things that comes to mind when you think of Hawaii is pineapple. Fly into one of the islands’ airports and what do you see. They’re selling pineapples in the gift shops. The T-shirts are adorned with the spiny fruit and half the logos of products or places include a pineapple. The second most popular tourist attraction in the state is the Dole Pineapple Plantation. The Hawaiian Islands are indeed the pineapple islands, except for the fact that they don’t grow that many pineapples there anymore.

Without giving it a whole lot of thought I had assumed that the pineapples that we buy here in New Jersey came from Hawaii. Wrong. A quick survey of my local grocery stores showed that all of the pineapples on sale were from Costa Rica. While Hawaii once produced more than 80 percent of the worlds’ pineapples, that number is now down to about one-tenth of one percent. Hawaiian dominance of the world pineapple market peaked in the mid-twentieth century. But that was also the time when some of the largest producers, Dole and Del Monte included, started opening facilities in places like Thailand, the Philippines and Costa Rica. Why? Cheaper labor. In some cases, they paid employees in these countries 10% of what they paid workers in Hawaii. 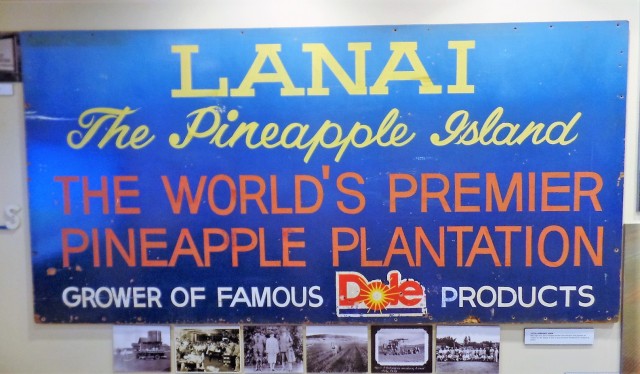 By the end of the 20th century and beginning of the 21st, here’s what happened: 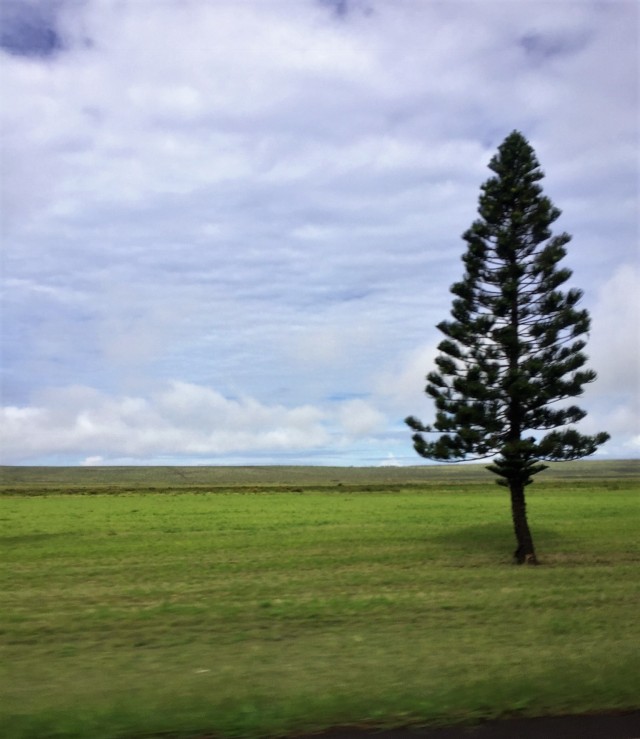 These empty fields in Lena’i were once part of the Dole pineapple plantation.

The leading producers of pineapples are now Costa Rica, Brazil, the Philippines, India and Thailand. The U.S. does not even appear of the list of the top 20 producing countries. Hawaii and Puerto Rico are the only places in the U.S. where pineapples are grown. Production in Puerto Rico has shrunk dramatically as well.

But just as there are sanctuaries designed to try to preserve and protect endangered species, there are some “sanctuaries” that are preserving the Hawaiian pineapple. Shortly after the Maui Land and Pineapple Company, the last big grower in Maui, closed up shop, a group of the company’s executives and managers formed Hai’imaile Pineapple Company. They leased some land on the slopes of the dormant volcano Haleakala, bought some of the old company’s equipment and hired 65 former Maui Pineapple employees. Their subsidiary, Maui Gold, now produces some 3.7 million pineapples a year, most of which are for domestic consumption. There’s also a group of family farms on the Big Island and Oahu that operate as Hawaiian Crown growing pineapples for domestic consumption. And a number of small family farms are keeping the islands’ pineapple growing tradition alive.

On a recent visit to Maui I noticed the roadside stands throughout the island where you could stop and get a fresh pineapple cut up and ready to eat. These were real Maui grown and harvested pineapples. It became a daily stop for me. Pineapple as a large scale commercial operation is gone from Hawaii. But the fruit remains. You just have to go there to appreciate it

9 Responses to Is the Hawaiian Pineapple an Endangered Species?