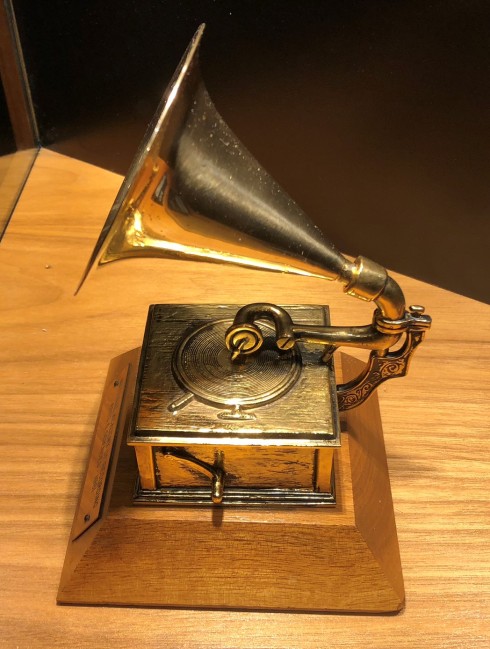 at home in Newark

Sarah Vaughan was born in Newark and attended Newark Arts High School. She received the Grammy Lifetime Achievement Award in 1989.

This is the band the play Jersey Boys is based on. They are from Newark where Frankie Valli was born. The Four Seasons never won a Grammy but were nominated twice.

Jersey Boys did win a Grammy in 2011 for Best Musical Show Album. This is a costume from the Broadway play.

Max Weinberg’s drum kit. Weinberg was born in Newark. He is the drummer for Bruce Springsteen’s E-Street Band and they have a boatload of Grammys. 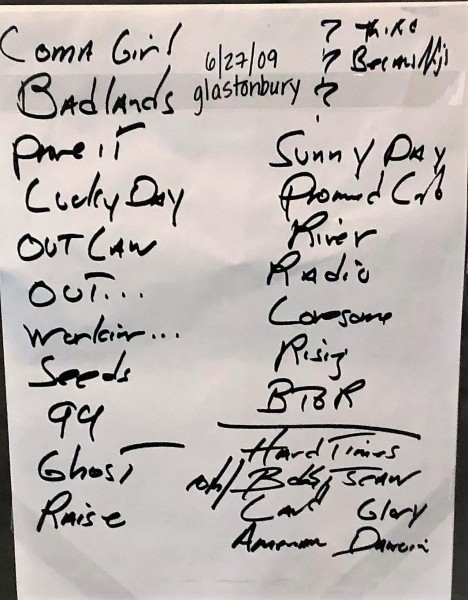 A Bruce Springsteen set list. Bruce was born in Long Branch, grew up in Freehold and lives in Colts Neck. He has won 20 Grammys. 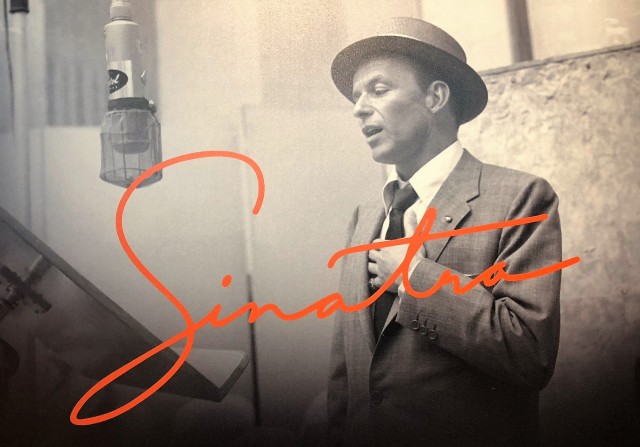 Hoboken’s Frank Sinatra won nine Grammys between 1958 (first year) and 1994. including a Grammy Legend Award in 1986.

This dress was worn by Dionne Warwick, winner of five Grammys. She was born and raised in East Orange.

Count Basie’s hat. Count Basie was born in Red Bank and played some of his first gigs in Asbury Park, He won nine Grammys including a Lifetime Achievement Award in 2002.

Kool and the Gang was formed in Jersey City. In 1978 they won a Grammy for Album of the Year.

Jazz Guitarist Al Di Meola was born in Jersey City, grew up in Bergenfield, and lives in Old Tappan. He won a Grammy in 1975 with the group Return to Forever

Les Paul’s Iridium Guitar. Known as a pioneer in the development of the electric guitar, he won three Grammys, two for instrumental performance and one technical Grammy. Paul was born in Wisconsin but was a longtime resident of Mahwah. 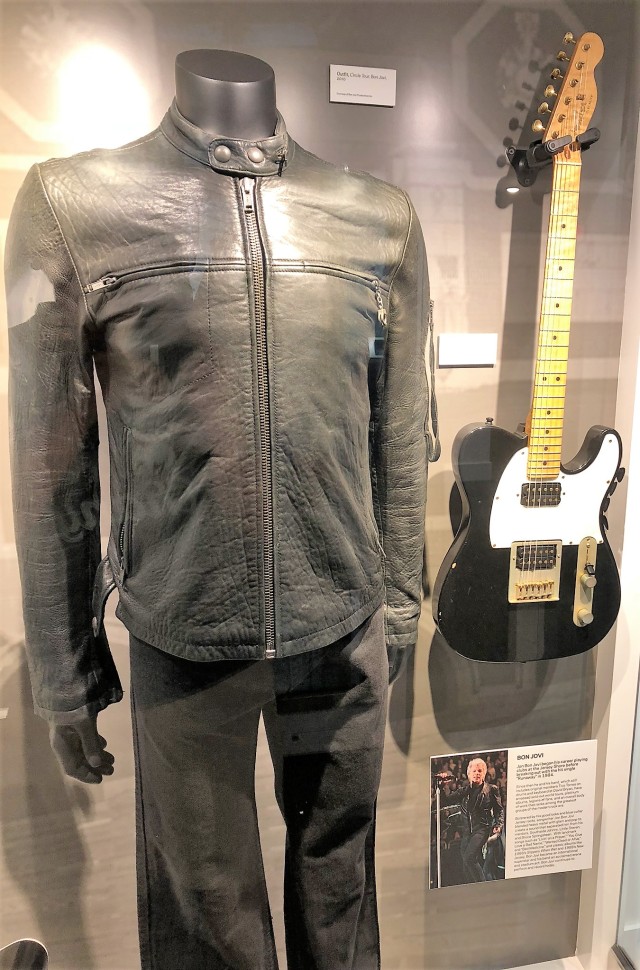 The band Bob Jovi was formed in Sayreville, Jon Bon Jovi is from Perth Amboy. The band won a Grammy in 2006 for best country collaboration.\ 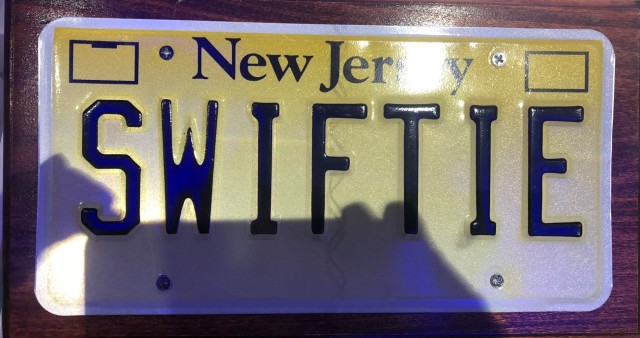 No Taylor Swift is not from New Jersey. But she has Jersey plates. And she has won 10 Grammys. So far.

1 Response to Homies with Grammys