More Random Thoughts on This World Cup and Tournaments Past 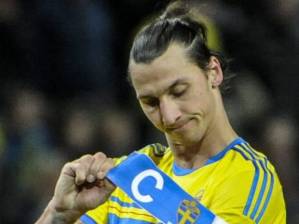 Zlatan Ibrahimovic was quoted this week as referring to the U.S.’s chances in the World Cup as a “big joke.” Now unless you follow European soccer year round you may not know who Zlatan is. He is, in fact, one of the best footballers in the world. The reason you never heard of him is he isn’t in the World Cup. He plays for Sweden and Sweden didn’t qualify, despite having Zlatan as captain and primary striker. They didn’t qualify four years ago either.

Sweden was at the World Cup in 2006 when they got out of the first round then lost to Germany in the Round of 16. Zlatan’s goal tally for those four games – zero. Same result in 2002 for both Sweden and for Zlatan. Ibrahimovic looks to me like a guy who comes up small on a big stage. So who cares what he thinks.

One of my favorite World Cups was the 2002 version that was hosted by Japan and Korea. Most of the games started very early in the morning, 6 or 7 am Eastern time. A friend of mine who I worked with would come over every morning, we’d get coffee and some bagels or muffins and start the day by watching a World Cup game then head off to work. Can you think of a better way to start the day?

There were a lot of memorable things about the 2002 World Cup. One was the Korean fans. When you think of who has the most passionate fans in football, your thoughts don’t immediately turn to South Korea, but the fans there were so lively, so loud and so supportive they willed their team into the semifinals. There was the U.S. run the quarterfinals and to this day I believe the U.S. should have had the tying goal against Germany had the ref called that handball.

But one of my favorite memories from the 2002 Cup was the third place game. Consolation games are slowly disappearing from sports as for the most part they are meaningless games between disappointed teams. FIFA however persists with a third place game. And in 2002 we were treated to a brilliant display by two unfancied teams that had overachieved and combined for a stylish, celebratory game of football. Turkey beat South Korea 3-2 and the players from both teams held hands and bowed to the crowd when it was over.

Why I Root for Colombia

The World Cup was played in the U.S. in 1994. Heading into that tournament, Colombia was regarded as perhaps the team that was playing the best football in the world. While not one of the sport’s traditional powers, they were everyone’s favorite surprise pick for the tournament. 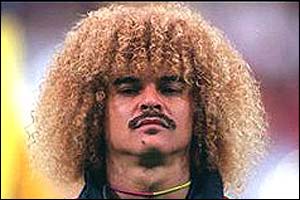 The 1994 Colombian team was a sight to behold. They were led by Valderrama, a guy who could dominate a game without ever running. On the end of his defense-dissecting through passes was Faustino Asprilla, a young, lightning fast striker. There was Freddie Rincon in midfield and Alfredo Valencia, who played for Bayern Munich, joining Asprilla up front.

But it all went horribly wrong for Colombia in 1994. A disastrous first round exit culminated in the murder of defender Andres Escobar whose own goal led to the loss against the U.S. which eliminated his team.

They qualified again in 1998 and were again eliminated in the first round. After that was a 16-year drought that finally ended with this year’s team. Unfortunately they’ve lost their best scorer, Falcao, to injury, but they are off to a bright start and have a young, exciting team. On the 20th anniversary of the unfortunate 1994 group, the Colombians may this year be fulfilling that promise. I hope they can keep it going. 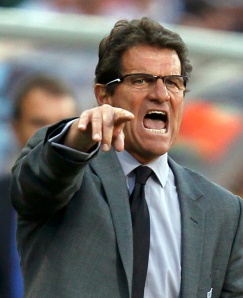 Without a doubt the orneriest looking guy at the World Cup is Fabio Capello. Maybe he’s really a nice guy who just has a mean face, but I doubt it.

You may remember Capello from the 2010 World Cup. Then again, you may not because the England team he coached wasn’t around very long. He was the red-faced dude screaming at his players as England finished second to the U.S. in a relatively weak qualifying group. They then got unceremoniously dispatched by Germany 4-1 in the round of 16.

This year Capello resurfaced as coach of Russia. He was a little quieter this time around probably because the Russians don’t understand a word their Italian coach utters. The results were even less convincing. Russia failed to advance from another modest qualifying group while their most dangerous player, the midfielder Dzagoev, mostly sat on the bench.

Unfortunately as usually happens in world soccer this loser will resurface by the time 2018 qualifying begins, hired by some country’s federation that thinks it is getting a world class coach but is really getting a ticket to oblivion.