In this series of posts about the history of vacations in America, I’ve written about many things that influenced how Americans spent their vacations. They included the changing attitudes toward leisure, the development of various types of resorts, the creation and promotion of the national parks, the influence of publishers and publicists and the provision of paid vacation benefits. But nothing had as profound an impact on how Americans vacationed as when we all got wheels.

The advent and then widespread adoption of the automobile changed not only how Americans traveled but who went on vacation, what they did with their free time and the very landscape of the United States. 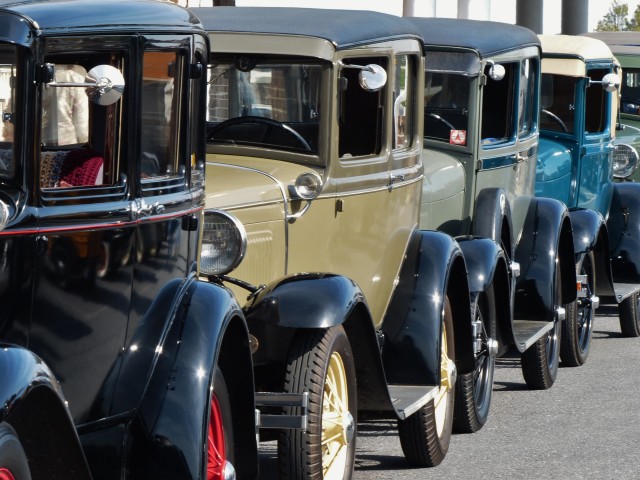 While the working class was still not on the road to vacation in the 1920’s, a very economic style of vacationing had begun to emerge. Auto-camping was accessible to a new class of car owners and overall offered an economic way to travel as auto-campers could bring their own food as well as their own mode of transit. These trips also might involve fishing or visiting relatives. By the 1930’s roadside tourists cabins had begun to sprout and the increasing use and lower cost of cars enabled many to continue to vacation despite the Depression. The state-by-state WPA travel guides, part of a New Deal initiative to aid unemployed writers, all featured auto tours. 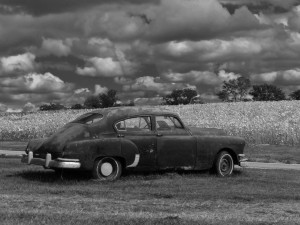 The post World War II era was the beginning of what Are We There Yet? author Susan Sessions Rugh calls the golden age of American family vacations. Those vacations were road trips. Rugh believes they were a progression from the auto-campers of the 20’s. Camping, as an affordable alternative for all Americans, took off in the 1940’s and 1950’s.

Rugh notes that between 1948 and 1960 car ownership rose 54% and that by 1962, 84% of Americans traveled by car on their vacation. She writes, “The family car was a home on wheels, an extension of the domestic space and thus represented a sense of security for the traveling family on the road.”

Automobiles changed the national parks by making them more accessible and changed the way they were promoted. Before the widespread adoption of cars, the railroad was the primary transit facility for heading west. The parks were in fact partially developed and promoted heavily by the corporations who owned the railroads. Those promotions focused on scenery because that is what you see while riding in a rail car. But if you’re traveling in your car, you’re free to stop and look around wherever you want. Marguerite S. Shaffer, author of See America First, writes, “the automobile, catering to the whims of the individual driver, fostered a personalized journey.” 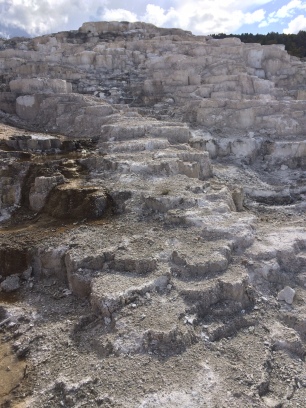 As a result, a lot more attention was paid to attractions along the way. States picked up the promotional mantle from the railroads and they focused on local color and history. And a lot more people headed West to the national parks. Cars made park-to-park touring viable. Rugh notes that after World War II there was a surge in visitors to Yellowstone and those visitors included veterans, farm families and workers. And they were all coming by car. By 1950, 98% of the visitors to Yellowstone arrived by automobile. “Americans conquered the West in their cars,” writes Rugh.

With all these folks on the road, the landscape of America changed as well. As more and more of us had cars, we needed roads to drive them on.  In 1916 Woodrow Wilson signed the first highway legislation, the Federal Aid Road Act. It offered up $75 million in matching funds to states for improving their roads. By the following year every state had a highway administration agency. The Federal Aid Highway Act of 1921 called for the development of a national highway system and provided more funding.

Many of the interstate thoroughfares that we drive on now got their start when Dwight Eisenhower signed the Federal Aid Highway Act of 1956. That legislation pledged $25 billion to create an interstate highway system.

But roads were not the only thing that was changing along the route of the growing number of vacationers. Rugh says that “before streamlined interstates the American roadside was characterized by oddities, larger than life statues of folk heroes, petting zoos and odd-shaped eateries.” Before long these curiosities would be replaced by fast food restaurants and motel chains. 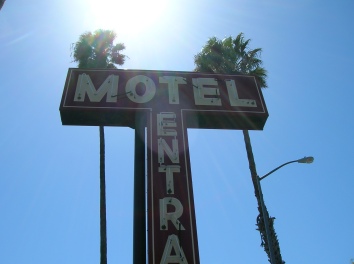 One other change was occurring on the roads. In what was still, up until at least the 60’s, an economically and racially segregated society, all kinds of Americans were using the same roads and the same highway rest stops. Rugh, in commenting on the visitors to the national parks, says, “all classes and races mixed in ways they did not at home in a segregated America. Although those with greater means could afford to stay in lodges and eat in the dining rooms while working class families camped out of their cars and heated canned beans, visitors mixed on the trails and in the cafeterias and on the roadsides.”

The golden age of American family road trips faded out starting in the 1970’s. The oil embargo in 1973 had an impact. Air travel became more accessible and that opened up a whole new range of vacation venues that previously were hard to get to if you only had a fixed amount of time. Ironically, in the 21st century, the skyrocketing costs of air travel and the increasingly poor quality of service the U.S. airlines provide their “economy” customers, has for many revived interest in the road trip.

28 Responses to Americans Discover Vacation: We’ve All Got Wheels