The Lovers: A News Story

The author, Rod Nordland, is a journalist who at one time was the New York Times Kabul bureau chief. He was on the hunt for a story about an honor killing. Instead he found the story of an Afghani Romeo and Juliet. Zakia and Ali are illiterate peasants from a remote region of Afghanistan where they met when their farming families worked side-by-side in the fields. They had never seen a TV or a personal computer and had never been on the Internet. Zakia is Tajik, a Sunni Muslim. Ali is Hazara, a Shia Muslim.

They are now in hiding from Zakia’s family who are out to kill them. Zakia’s crime: she fell in love with Ali, and at age 18 ran away with him and married him. That, in Afghanistan, is wrong in so many ways. First there’s the ethnic mismatch. Then there’s the fact that Afghani girls and women are generally considered the property of their men, whether it be father or husband, and thus not free to make their own decisions about who they should marry. And last, but sadly not least, ‘what will the neighbors say?’

Nordland quotes Maniztha Naderi, executive director of one of the women’s shelters that at one time protected Zakia, “…most families think this way in Afghanistan. They would rather kill their female family members if they are thought to have committed wrongdoing than lose face in the community.”

During a stop at the Montclair Public Library to promote the book, Nordland suggested that Afghanistan might be the worst place on the planet to be a woman. He compared the status of women in that country to what it was for European women in the 1600’s.

Maybe none of that comes as a surprise, but reading some of the details is nonetheless shocking:

Zakia is not the only Afghan woman hiding from her family. Nordland also reports on the story of Breshna, a 10-year-old girl who was brutally raped by a mullah in a mosque. Breshna was protected in a women’s shelter from a family that threatened to kill her. Ultimately the shelter turned Breshna back over to her family when they vowed not to kill her. So instead they solved their “honor” problem by forcing her to marry her rapist. 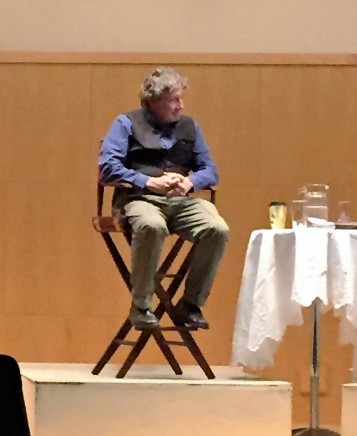 Where he didn’t get any help was at the American Embassy. Apparently they were concerned about intervening and offending the sensibilities of the government with which they are supposed to be allied. Norland’s comment: “Give me break. We’re not talking here about a woman who wants to put on a miniskirt and dance at the disco – she wants to marry the man she loves and live an Islamic, religious life.”

According to Nordland, the U.S. has made an investment of more than $1.2 billion to promote women’s rights. The shelters that protected Zakia, Breshna and others are largely American financed. Some of our efforts, however, border on the ludicrous. Consider this one:

There was a “$35 million ‘go fly a rule-of-law kite’ program, dreamed up and funded by a United States Agency for International Development contractor. Their idea was to stage a public event at which they would hand out kites, comic books and posters with slogans printed on them touting equal rights for women and respect for the rule of law. Hundreds of kids and some adults showed up. First, no one could read the slogans on the kites and poster, let along the text-heavy comic books. Then handing out the kites went badly awry when policemen systematically stole them from the kids who had come, in order to take them home to their own children, beating some of the kids at the event with sticks when they didn’t cooperate. Finally, gender equality was hard to come by. The few times any girls got their hands on the free kites, their fathers took them away and gave them to their sons instead.”

When you consider that this young couple, whose lives are endangered, cannot get any help from the U.S., despite the large number of private American citizens willing to help and support them, it is totally infuriating to listen to the blowhards and posers who are running for president with the promise that they will ban Muslim immigration. Personally I’d much prefer to welcome Ali and Zakia to my home than Trump or Cruz.

This is a story with no end. Zakia and Ali managed to flee Afghanistan once going to Tajikistan, largely because it was the one place they could go where they could understand the language. Tajikistan is, in Nordland’s words “a country characterized by pimping policemen and roving drug dealers.” So the couple was robbed by police of the donated money they were carrying, Zakia’s jewelry and all of their possessions. And though they were deported and driven to the border, they had a bit of trouble crossing back into Afghanistan due to the border police who were expecting a bribe.

Zakia has given birth while they were on the run. They now have a daughter who Ali maintains will be able to choose her own marital partner. This is a story with no end. As of a month ago when I heard Nordland speak, Ali and Zakia are still in Afghanistan, still in hiding, and still in danger.

19 Responses to The Lovers: A News Story