By the middle of the 20th century amusement parks were still primarily based on the model that had been established in 1890’s. Though they may have been re-invented over and over again the centerpiece was still the midway, the roller coaster, the Ferris wheel.

It took another wave of prosperity, the one that followed World War II, to bring about a new flurry of amusement park openings. In the late 40’s and the 50’s productivity, employment and wages were all on the uptick. Car ownership increased dramatically and, as the baby boom generation began to grow up, family road trips became the preferred form of vacationing.

So you’ve got a car, a backseat full of kids and some money and time to spend. Where to? Starting in the mid 50’s, the theme park increasing became the answer. 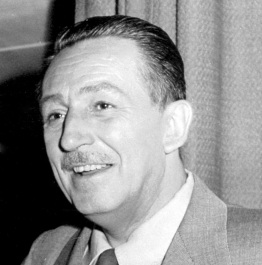 It was the opening of Disneyland in Anaheim, Calif., in 1955 that heralded the emergence of the theme park. Countless parks have been built since based on the Disneyland model. To this day many would argue that the Disney resorts are the gold standard of theme parks.

Already a popular and widely recognized movie and TV brand, Disneyland brought its characters to life.  It was a destination. Not the end of a trolley line or an accessible day trip venue, but a place to get in the car and travel to from all over the country and to stay and make a vacation of it.

What distinguishes the theme park from the classic amusement park is simply the theme. At Disneyland that was the characters, Mickey and Donald and Pluto et al., that were already beloved by the nation’s children. There was also the Disney cultivated theme of wholesome and clean. No Coney Island Blowhole Theater here, nor any of the Gumpertz-like freak shows. Within the park, attractions were divided into sub-themes. There’s Frontierland, Fantasyland and Tomorrowland.

While Disney is widely viewed as the creator of the theme park, Disneyland was not, in fact, the first. Storytown USA, a Mother Goose themed park, opened in Queensbury, N.Y. (near Albany) in 1954. It later changed its name to the Great Escape, added a water park and was purchased by Six Flags. On the other coast Knotts Berry Farm in Buena Vista, Calif., which is still in operation and remains very successful, has its roots back into the 1940’s. That’s when the original owner Walter Knott built a replica Ghost Town on his berry farm.

Knott’s Berry Farm circa 1920 when it was a stand to sell berries on the side of the road.

Holiday World in Santa Claus, Ind., also claims to be the country’s oldest theme park. It is currently celebrating its 70th anniversary. The park opened as Santa Claus Land in 1946. One of its guests, in 1955, was Ronald Reagan. It later expanded beyond the Christmas theme by adding a Fourth of July and a Halloween section. In 1984, its name was changed to Holiday World and in 1993 it too added a water park.

Not all of these theme parks were successful. One of the more prominent failures was Freedomland, a 95-acre American history themed park in the Bronx, N.Y. In the same way that Disneyland was broken down into themed sections, Freedomland was subdivided based on historical themes such as Little Old New York 1850-1900, the Great Plains 1803-1900 and the Old Southwest 1890. Freedomland opened in 1960 and was troubled from the start. There was a stagecoach accident in the Great Plains that injured 10 people. Six unfinished buildings were destroyed by fire. The front office was robbed and, built as it was on a city landfill, mosquitos turned out to be prominent if uninvited guests.

By 1964 Freedomland filed for bankruptcy and it was demolished the following year. The Freedomland property is now the site of the enormous Co-Op City housing development. That has led to speculation that developers may have played a role in hastening the theme park’s demise. 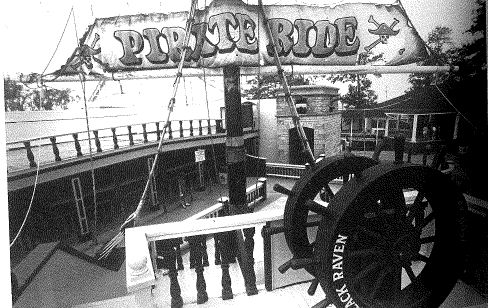 This Pirate Ride was salvaged from Freedomland and moved to Cedar Point.

Freedomland aside, theme parks have flourished over the last several decades. Disney alone has expanded not only to Florida, but to Japan, China, Hong Kong, France and Hawaii. According to attendance statistics compiled by the Themed Entertainment Association, nine of the eleven theme parks with the highest attendance in 2015 were Disney properties. The Magic Kingdom led the way with more than 20 million annual visitors. Disneyland in Anaheim was not far behind with 18 million+. Overall nearly 138 million people visited Disney Theme Parks in 2015.