A Mayan Seaport and Trading Hub

Tulum is a Mayan city believed to date back to 564 AD. It is built on the cliffs overlooking the Caribbean Sea on the east coast of the Yucatan Peninsula in the Mexican state of Quintana Roo. It is one of the few Mayan cities that had a wall. Tulum peaked as a city between the 13th and 15th centuries when estimates suggest between 1,000 and 1,600 people lived here. It is during that period that most of the buildings were erected. As a seaport it served as a trading post and artifacts found at the site suggest it was a trade hub for other parts of Mexico and Central America. The city was abandoned after the population was decimated by European diseases brought to the New World by the Spanish. 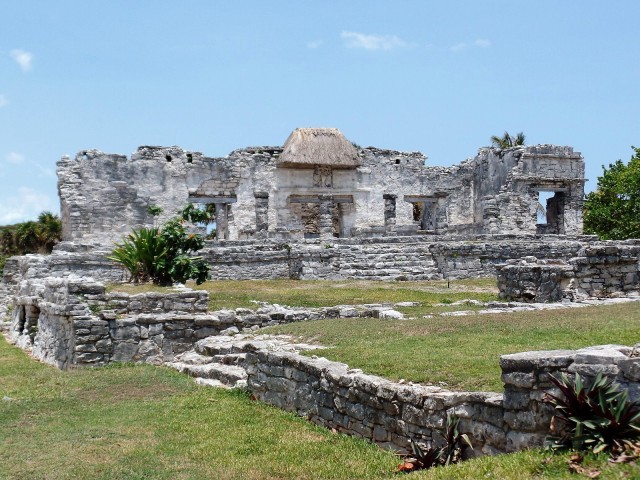 In the middle of this building are the remains of a cistern.

Temple of the Frescoes 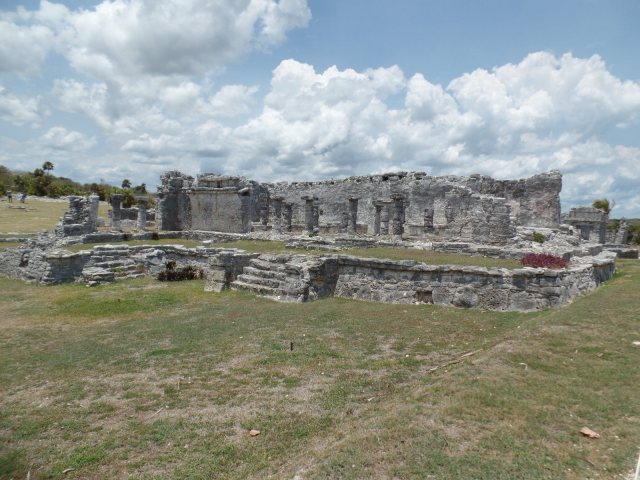 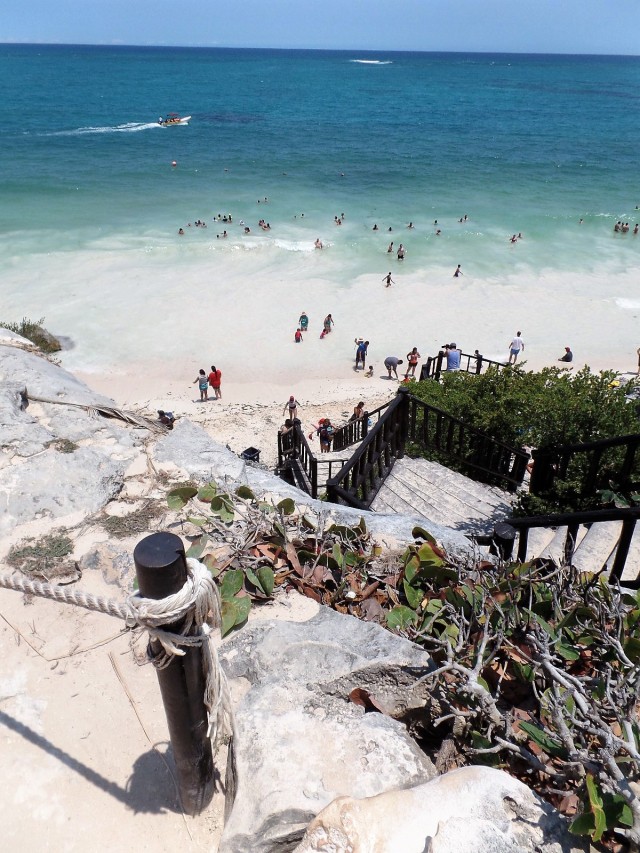 The view from the top of Tulum. Today there is a bathing beach at the bottom of the cliff.

6 Responses to A Mayan Seaport and Trading Hub