Work in America: Why is Full Employment So Unfulfilling? 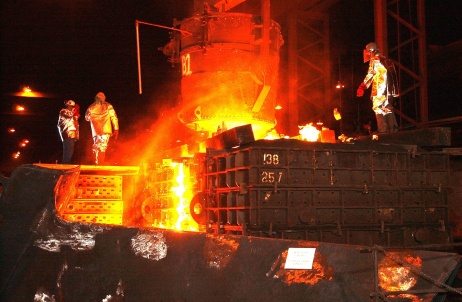 And yet there is an underlying feeling amongst many Americans that the economy isn’t working for them and that the job outlook is something other than what these stats suggest. We are just a year removed from a presidential election that was in large part decided on economic pessimism. That was fueled by Trump’s demonizing of immigrants as taking American jobs, raging about American companies (like his daughter’s) that outsource manufacturing oversees and refuting the very idea of climate change so as to remove all restrictions on polluting and contaminating business operations.. And enough voters bought into this to elect Trump even if he was on the short end of the popular vote.

Why is full employment so unfulfilling?  There are some real reasons that go beyond campaign rhetoric. Here are six of them.

1.       The gig economy. The U.S. Government Accountability Office estimates that a whopping 40% of American workers are contingent workers. That means they are temps, freelancers, independent contractors, part-timers or consultants. What they don’t have is the safety net of benefits and regulations that was built up around the concept of full-time employment. They likely have to buy their own healthcare insurance and set up their own retirement plan and for most there’s no guarantee their job will be around this time next year.

2.       All the folks who don’t count. The unemployment rate is based on individuals who have worked or who have looked for work in the past 12 months. There are 95 million Americans who are not considered to be part of the labor force. Ten years ago that number was 79 million, so more than 15 million Americans have dropped out of the work force over that time period.  Most of these people are retired, disabled or are students of some type. But an estimated 5% of them have given up looking for a job because they can’t find one that matches their skills or they just don’t have employable skills. We have also flooded our jails with non-violent offenders. A large portion have not been convicted of any crime but can’t come up with the bail money. Others are sitting in jail for crimes like possessing marijuana for recreational use. What all of them can’t do is get a job. 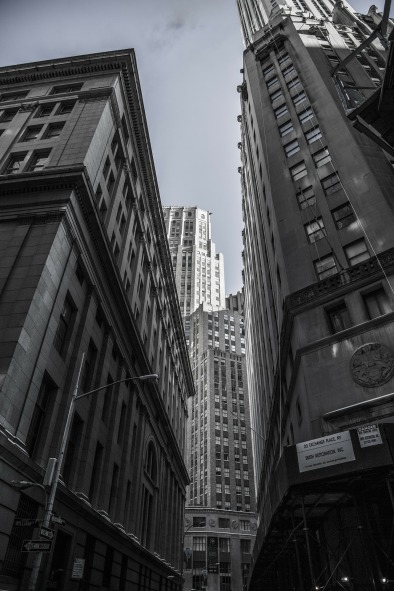 3.      Wall Street’s narrowvision. Wall Street analysts are, with few exceptions, evaluating companies based on their short-term profitability. That means public companies are being managed for short-term profitability not growth. One of the fastest ways to achieve greater profitability is to cut staff. That not only means outright layoffs but also the replacement of older more experienced workers for younger inexperienced ones who will work for less. It also means that technology will be viewed in terms of automation that can reduce staffing costs rather than as a way to enhance businesses. Venture capital companies often do a similar thing. Some are looking to flip companies much the way real estate investors flip houses. Buy a firm, cut its operating expenses to improve profitability and turn it around on the market. Another common tactic of VC firms is to put together compatible or competitive businesses and take advantage of “synergies.” Those synergies are usually people, the goal being to run the two concerns with the staff of one, thus boosting profitability, and unemployment.

4.       Working for next to nothing. According to the Pew Research Center there are 20.6 million people who are “near-minimum wage” workers. The federal minimum wage is $7.25 an hour  No cause for optimism there. In addition, a survey by PayScale.com found that 46% of Americans consider themselves to be underemployed. That would equate to 22 million workers. Underemployment may mean doing a job that doesn’t reflect a worker’s skills and abilities, working part-time instead of full-time and/or being underpaid.

5.       The retail sector is failing. Credit Suisse has put out a report predicting that one in four or five malls will be closing down in the next five years. This year alone they expect 8,600 stores to close. Nearly a half million retail jobs have been lost in the last 15 years. And the online retail sector that is largely responsible for the disruption of physical stores only adds about one job for each four lost in brick and mortar stores. And even those jobs, such as the warehouse order pickers at Amazon, are threatened by the biggest employment issue of all, automation and technology.

6.       The invasion of the robots. None of the candidates in either of the dominant political parties in the U.S. address what is likely the most impactful issue on the future of work in America.  Technology. Robots replacing humans. AI replacing HI (human intelligence). Likely they have no clue what to say. This is nothing new. For years now we’ve been talking to voice recognition auto-attendants whenever we call the banks, utilities, insurance companies and just about any other sort of business of scale. Most experts expect the future of manufacturing to be done almost exclusively by robots. So we might well be bringing manufacturing back within our shores, but not the jobs that left with it. There’s a company making robots that replace room service staff in hotels. Driverless cars may well make one of the biggest employment opportunities of the gig economy obsolete. And there are self-driving trucks in development that will eliminate those jobs.

While the numbers continue to tell us we are at full employment, add the numbers of the labor pool dropouts, the underemployed, the people in dying industries and the folks who are looking over their shoulders at robots and it’s not hard to understand why we are so insecure about our future of work.

8 Responses to Work in America: Why is Full Employment So Unfulfilling?