The Use and Misuse of Big Data

What is big data? It’s a lot of data. There is no need to try to come up with some more sophisticated definition. That’s all there is to it. It is what it is.

Big data got big because so much more of the world’s knowledge is now stored digitally and because data scientists have developed increasingly more sophisticated methods for capturing, calculating and analyzing it.

With this growth has come an enormous interest in how big data can be used to manage businesses, govern countries and control epidemics, not to mention sell everything under the sun to just the right folks.

What can big data accomplish?

And yet, according to Matt Asay writing in Information Week (8 Reasons Big Data Projects Fail) “for those (organizations) who kick off big data projects, most fail.” Asay goes on to describe some failures in the design and implementation of these projects. But I would suggest another more overarching reason. In our enthusiasm to embrace the potential for intelligence to be gleaned from big data we have become blind to its limitations. 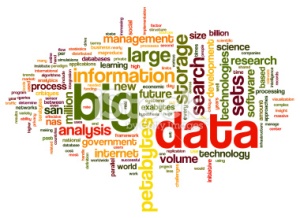 Writing in CIO, Jonathan Hassell elaborated on “3 Mistaken Assumptions About What Big Data Can Do For You.”  They are:

I’ve often found that the tech guys who have the responsibility for capturing and managing big data are a lot more realistic about what it can and cannot do than the business managers who are looking to use it. A couple years ago I attended at conference in Silicon Valley which included a session with search engineers. The audience for this session was mostly CEOs and marketers who were chomping at the bit to hear about how big data could be used to find exactly those customers who would buy their product.

One of the participants, a search guy from Yahoo whose name I can’t recall, commented that the main thing the data tells you is that “people are weird.” What he meant was that there really is no evidence that you can use data to predict what people are going to do, including what they are going to buy. Why? Because data can’t deal with individual differences, can’t deal with context, can’t understand why.

In my next post I’ll discuss some of my own experiences with the use and misuse of big data.

Like Loading...
This entry was posted in Technology and tagged big data, marketing, technology. Bookmark the permalink.

4 Responses to The Use and Misuse of Big Data