If We Don’t Own Our Stuff, Do We Own Our Future? 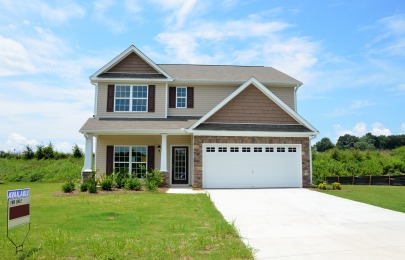 Ever since the wave of prosperity that followed World War II, the American lifestyle has been defined by the house in the suburbs with a two-car garage. The vision assumes ownership of the garage, the cars that go in them, the house and its contents. But technology has been whittling away at that foundation of ownership. Software is replacing hard goods, the digital is replacing the mechanical and the cloud replacing the bookshelf. It seems somewhat inevitable that at some point we sacrifice ownership of our home environment. How much control over our lives is lost with that?

That is one of questions discussed this week in Washington at the Future Tense event “Will Technology Make Ownership Obsolete?” You can watch an archived video of that event here.

One of the first areas where this decline in ownership seems obvious is music. The recorded music industry has taken us through a progression of vinyl and tape in all its iterations, 45’s, albums, cassette tapes and CDs. But they lost control over the delivery of their product when technology companies like Apple began to offer the same product but in easier to consume chunks. Even with digital music, the first step involved purchasing files that were stored on your computer. Not exactly a stack of records or tapes, but a library for which you had some claim to ownership. Streaming services that offer on-demand music offer an alternative that completely eliminates the need to own you own library. 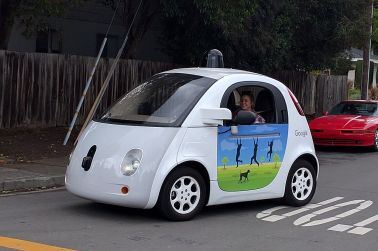 One of the most potentially consequential changes in ownership involves cars. The combination of the proliferation of ride sharing services and the development of autonomous cars suggests a future in which the personally-owned vehicle is no longer a necessity. And, as Lauren Belive of Lyft, pointed out at the Future Tense event, there are some compelling societal reasons to find alternatives to car ownership. She noted that 80% of the seats of cars driving down the highway are empty and that 96% of the time an average car is idle. There’s the amount of space that has to be dedicated to parking, the cost of car ownership (about $9,000 a year according to Belive) and the number of people who are killed or injured in motor vehicle accidents.

In many of our larger cities it is already the case that using ride sharing services is both more efficient and more economical that owning, maintaining, garaging and insuring a private vehicle. That may eventually become the case in suburbs as well, although we seem a long way from that scenario in more rural areas.

The potential elimination of the private owned auto would have substantial repercussions on the employment picture in the U.S.  Susan Lund of the McKinsey Global Institute said there would be 90% fewer car sales if we stopped owning cars. The auto industry is estimated to be responsible for 7 million jobs. We probably won’t ever need 7 million Uber drivers, and even if we did, they’d likely fall victim to driverless cars. In fact, one of the things we might not own in the future is a job, at least not your classic 40-hour a week onsite job with its vacations and 401k’s and other benefits. More and more Americans are instead stringing together “gigs” like driving a rideshare vehicle, renting a home out short term or providing some other type of on-demand service. Lund claimed that 27% of the working age population in the U.S. doesn’t have a traditional job.

The question of whether or not to own is not entirely new. For example, on those few occasions when I need to wear a tuxedo I’ve always rented one rather than buying. A fair percentage of car owners are more precisely car leasers. Do we in fact own our homes if we purchased it with a bank mortgage that we are still paying off?

The influence of technology has muddied the idea of ownership of even some of the most straightforward household devices, your thermostat, your security system, maybe even your home lighting. If one of these devices contains a computer chip which stores information about your home in the cloud and is operated remotely by a device you may or may not own, it seems somehow less of an owned commodity. Do you in fact own your smart phone that you use to control these systems if that phone is part of a two-year contract with your carrier?

For those of us who are part of older generations (I’m a boomer), ownership has been equated with freedom. The private vehicle has historically had an enormous impact on American life, fundamentally changing our options of where we would live and how we would spend our time. Many people my age relished the freedom that cars gave us as teenagers, not just as a way of getting from place to place but as a private space as well.

The ability to own your own music freed you from having to listen to broadcast radio with its commercials and its sponsor or corporate generated playlists. Buy the records, tapes or whatever and you could listen to whatever you wanted. The same is true for movies. Buy and you can watch what you want, when you want to and where you choose.

But I wonder if for younger generations there is a perception of freedom from ownership, as in being free to hear what you want to hear without digging out the CD. Or, free from the need to make car payments, buy new tires and shop for the cheapest insurance. It has become clear that millennials are showing more of a preference for urban environments than their parents. Part and parcel of that is a decline in car ownership among that age group.

Lund suggested that people will cling to ownership of what they love. Evidence is the revival of vinyl despite the lower cost and convenience of streaming. Aficianados of exotic and vintage cars are not likely to trade them in for an Uber app. In my case, I can never envision myself letting go of books printed on paper, despite the fact that digital versions may be significantly cheaper and that I’ve got tons of books I’ve already read taking up an enormous amount of space in my house. 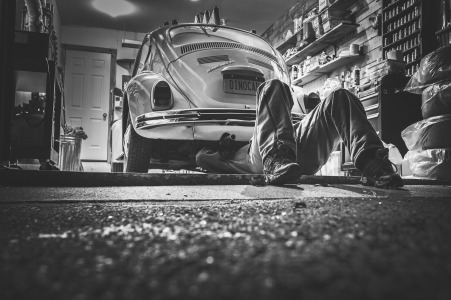 There is no doubt that in many ways we have lost some control over our environment and lost some of our ability to interact with that environment. Nobody changes their own oil anymore. In fact most people don’t even wash their own cars. You used to be able to take apart and potentially fix pretty much any device in your home as long as you had a screwdriver and access to replacement parts. Try taking a screwdriver to your iPad. Each new model of appliances, electronics or devices takes them further from the owner’s control.

So if we no longer own our stuff, do we still own our future? My answer is a qualified yes. Qualified because I’m as wary as the next guy about the so-called Internet of Things. When there are sensors that can capture and communicate information about me out in public, like on utility poles, as well as in my car and in my home and when these mini-computers can wirelessly send information, can’t everything around me be hacked? What if some unknown enemy hacks my fridge and makes it continuously churn out ice cubes while I’m away for the weekend? But more realistically I’ve already had it up to here with “targeted marketing” based on tracking everything I do online. I can’t buy enough “leave me the hell alone” software whether its ad blockers or robo call catchers or online tracking eradicators.

The “gig” economy is okay with me, but only to the extent that people are doing it for the freedom it provides and not because traditional jobs are harder to come by, don’t pay enough to live on and are degrading. But I also think that many of the changes that are coming will make our lives easier and give us in fact more control to focus on what we choose to pursue, freeing us from mundane and time consuming tasks. I’m not nostalgic about pulling a map out of the glove compartment to try to figure out where I am rather than simply clicking my phone a couple times. I look forward to the day when I don’t need a car to get where I’m going quickly and conveniently. And maybe this is all going to make us a less consumption oriented society. I’m down with that.

(Future Tense, the organization that sponsored the event which inspired this post, is a partnership of Slate magazine, Washington D.C. think tank New America, and Arizona State University. Their focus is on how emerging technologies will impact our lives.)

7 Responses to If We Don’t Own Our Stuff, Do We Own Our Future?